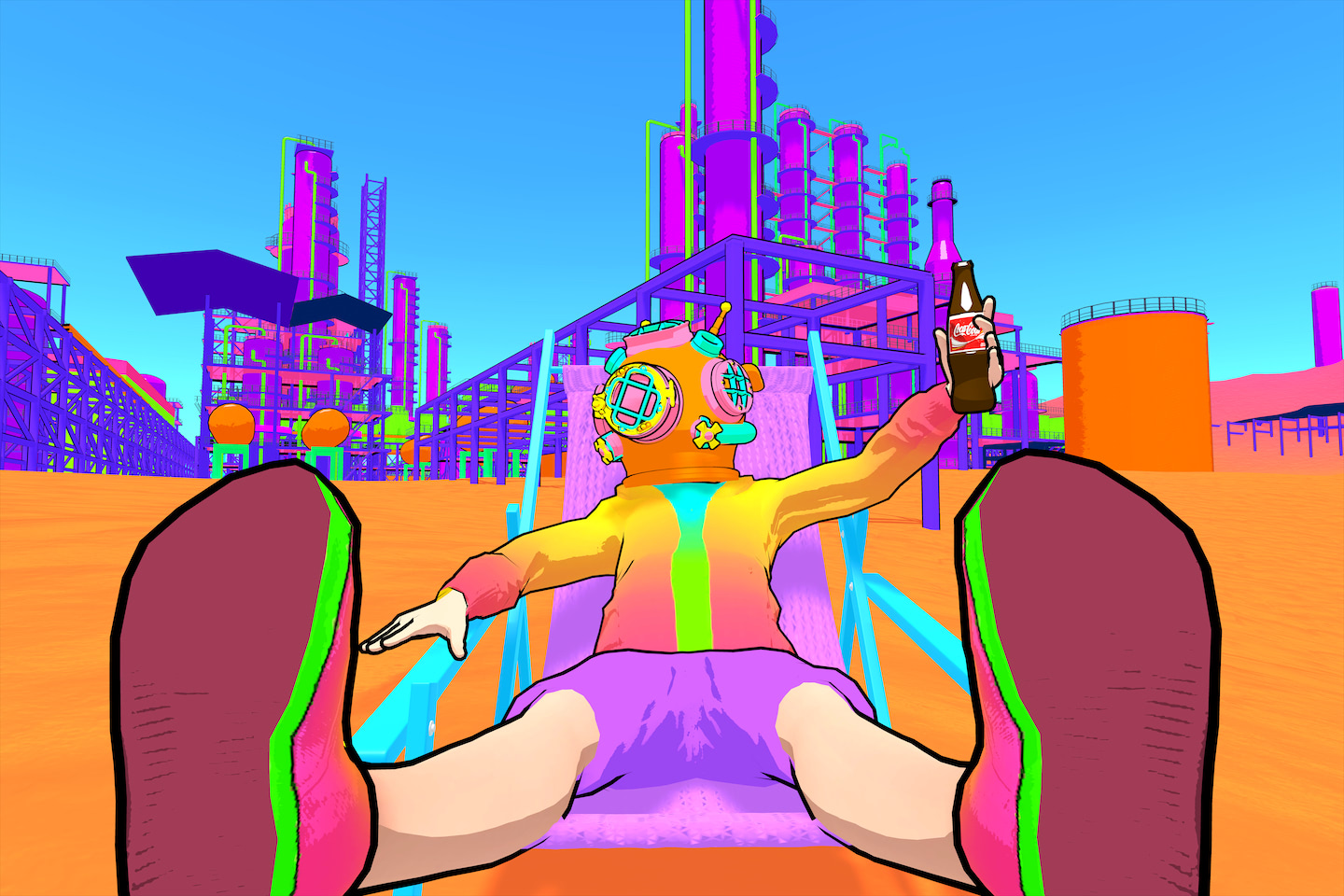 A single island remains, surrounded in mystery and patrolled by 40 metre tall mech warriors. Iridescent sands rise out of the ocean, rhythmically cycling through gradients like candy coloured sugar. Amongst the industrial ruins, our hero The Last Watcher rests with an artefact from before the collapse.

A cell-shaded frame taken from within Xia Han’s video game artwork The Last Watcher (2018-2019), this new edition Don’t Have to Save The World Today (2020) presents a refined slice of the wit and humour with which the artist tackles our industrial reality. Influenced by gaming culture’s obsession with end-of-the-world scenarios, the artist counters grey and sepia toned environments with a pulsating landscape and inescapable fun.

Xia Han
Xia Han is a Chinese artist and gallerist based in Shanghai who runs the digital art space 33ml. Utilising video game engines as a medium, Han’s practice practices on technoethics, specifically regarding environmental disruption, organisms and information.
Read Full Bio
Xia Han
is presented by
Off Site Project
Print
Inquire ABOUT THE WORK
Thank you! Your request has been received and a member of our team will connect with you on the email provided.
Oops! Something went wrong while submitting the form. 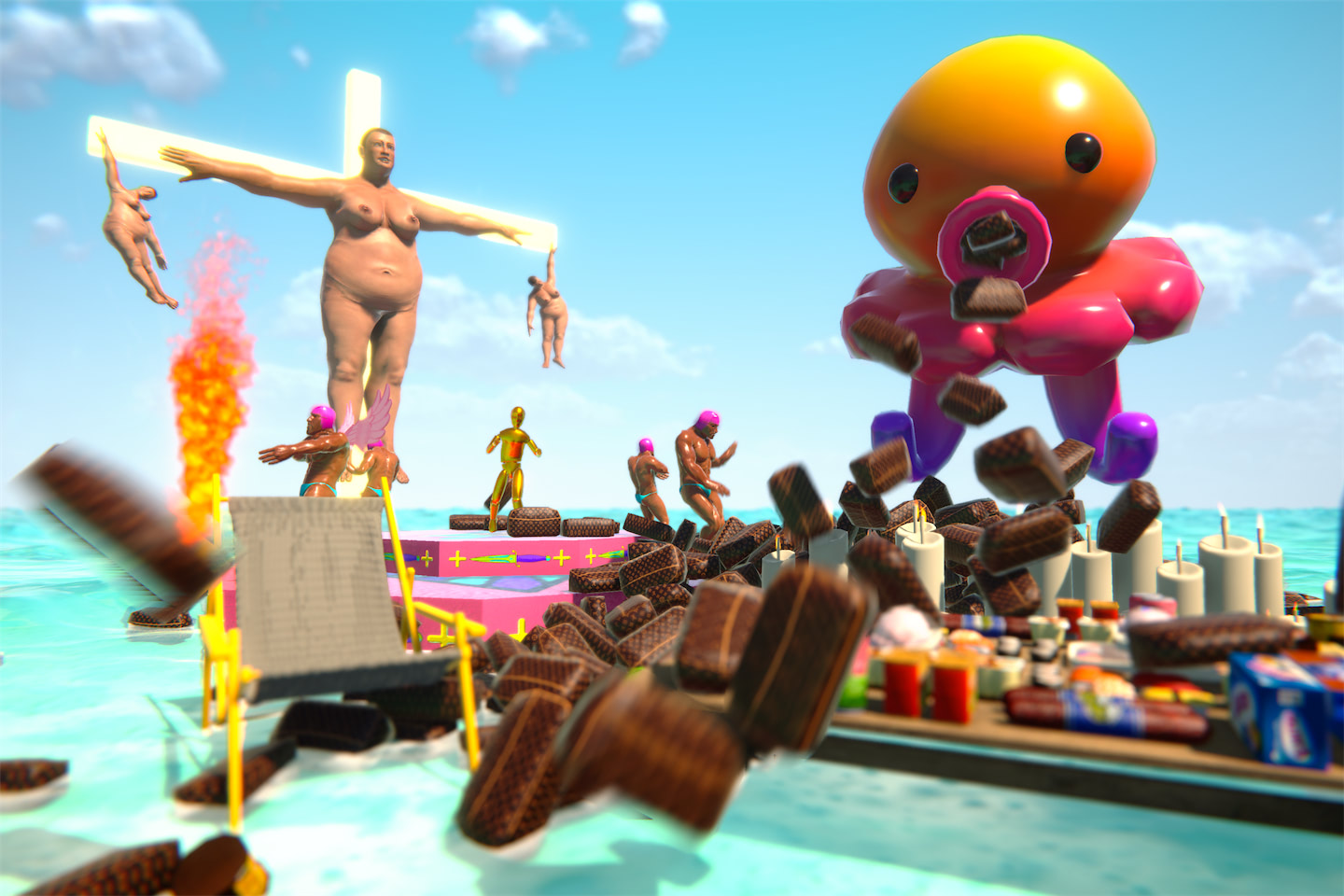 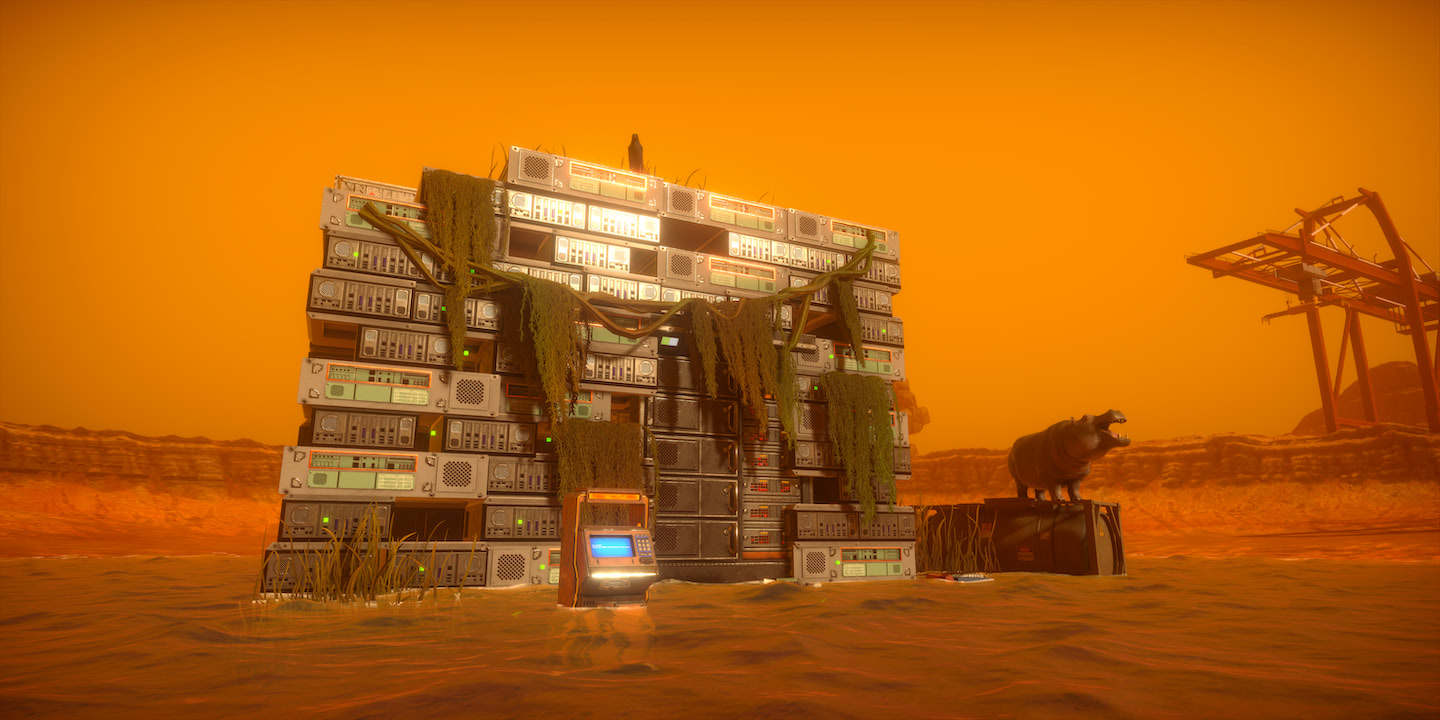