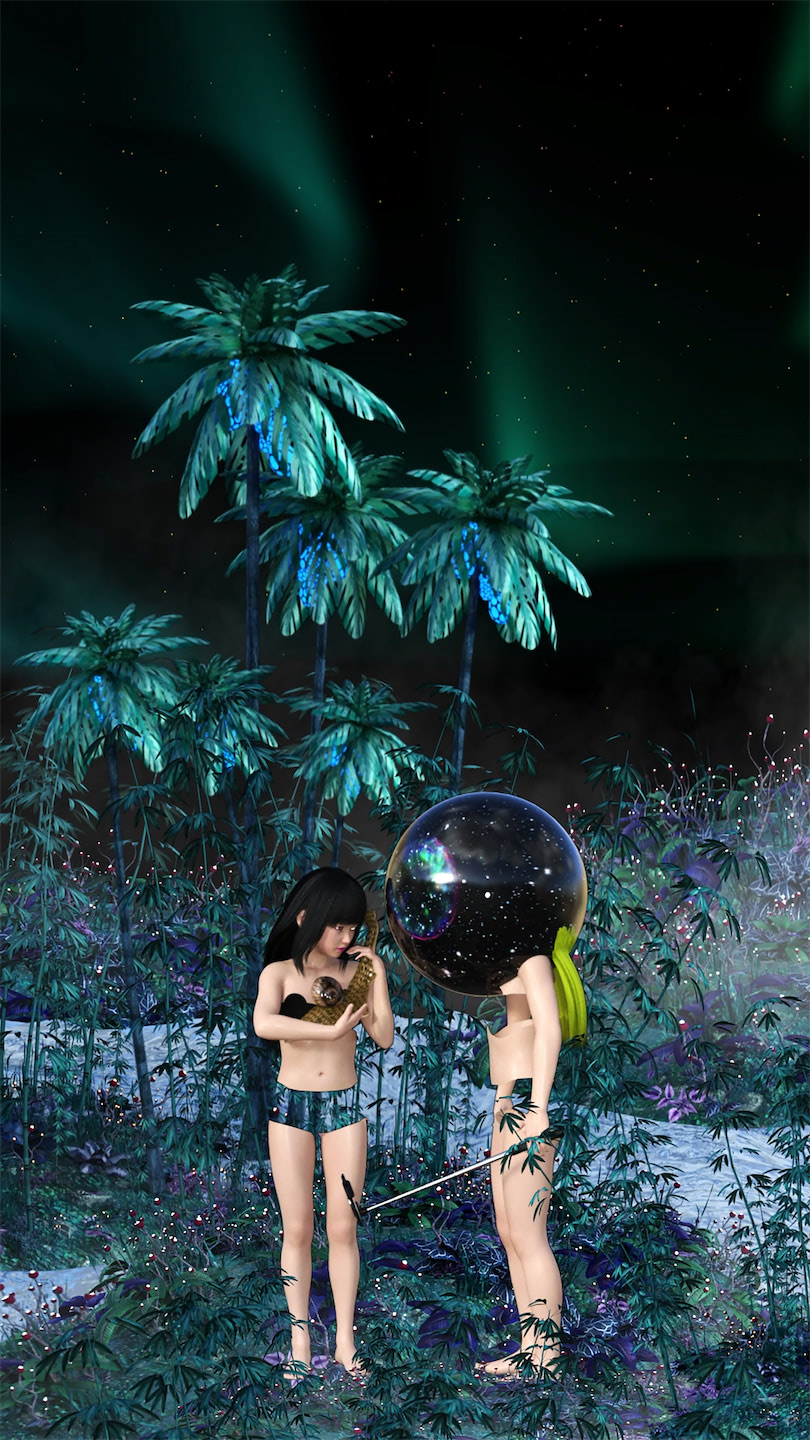 Backed by a virtual tropicana and under an aura lit sky, two children cradle a snail and carry a selfie stick. In this 21st century retelling of the Garden of Eden, Wednesday Kim plays upon classical aesthetic conventions, but pairs the youngsters with thoroughly modern symbolic objects, an allusion to hermaphroditic love and vanity.

Replacing fig leaves with greenscreen underwear, Kim conceals the children’s modesty, but presents us with a hint that they have just left an age of innocence and that their time in this world of pure abundance will shortly come to a close. Around one child’s head a orb reflects the universe or possibly forms a portal out of a carefree world and into one much colder.

This edition of Opaque Romance (2019) is from a GIF format artwork of the same name.

Wednesday Kim
Wednesday Kim is an interdisciplinary artist and co-founder of De:Formal Gallery, an artist-run online platform promoting critical conversations in contemporary art. Originally from Seoul, she is currently based out of California and holds a BFA from the School of Visual Arts, New York. Working across a mixture of analogue and digital mediums, Kim’s work is informed by personal experience and the study of human psychology; deriving surrealist imagery from nightmares, intrusive thoughts, and childhood trauma.
Read Full Bio
Wednesday Kim
is presented by
Off Site Project
Print
Inquire ABOUT THE WORK
Thank you! Your request has been received and a member of our team will connect with you on the email provided.
Oops! Something went wrong while submitting the form. 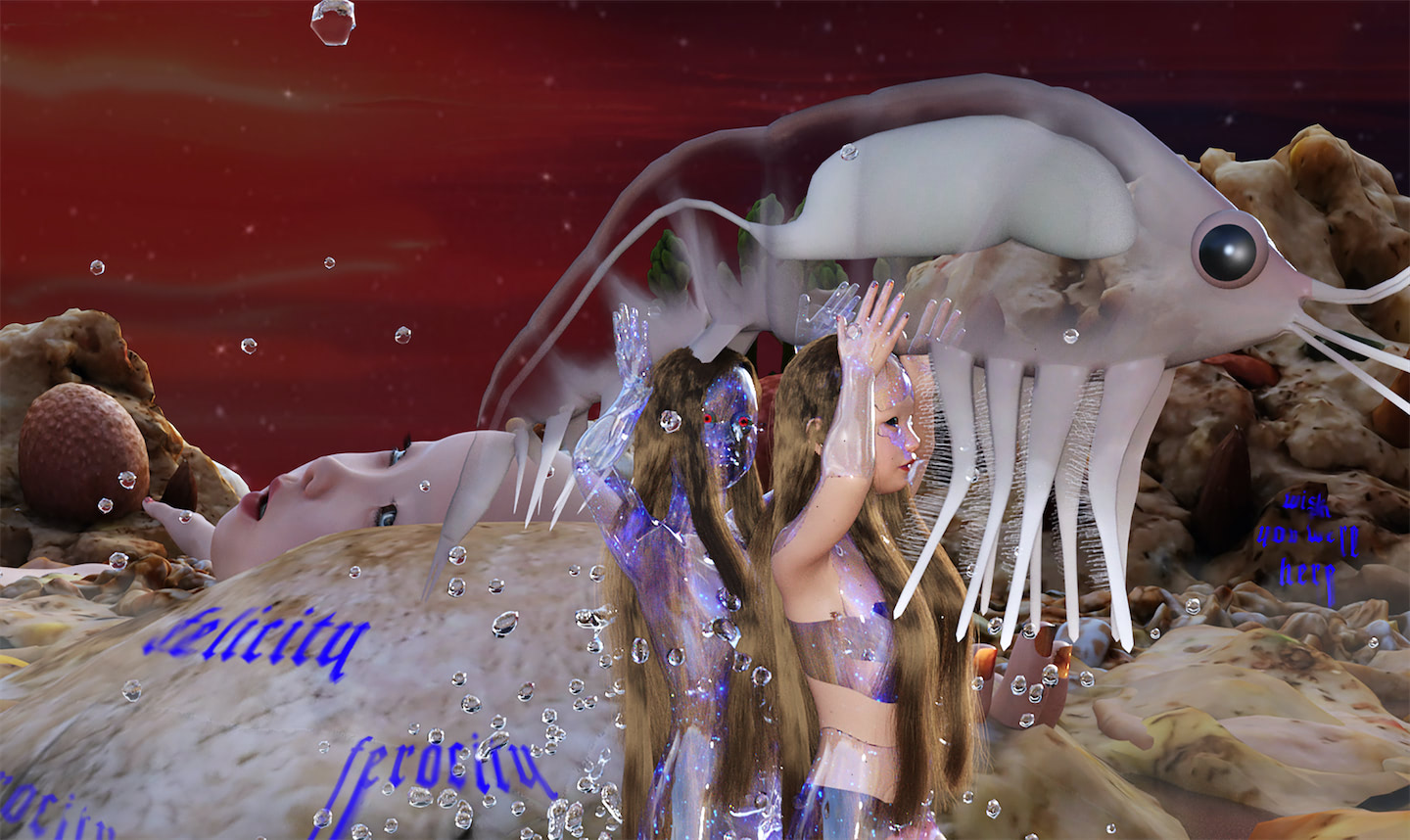 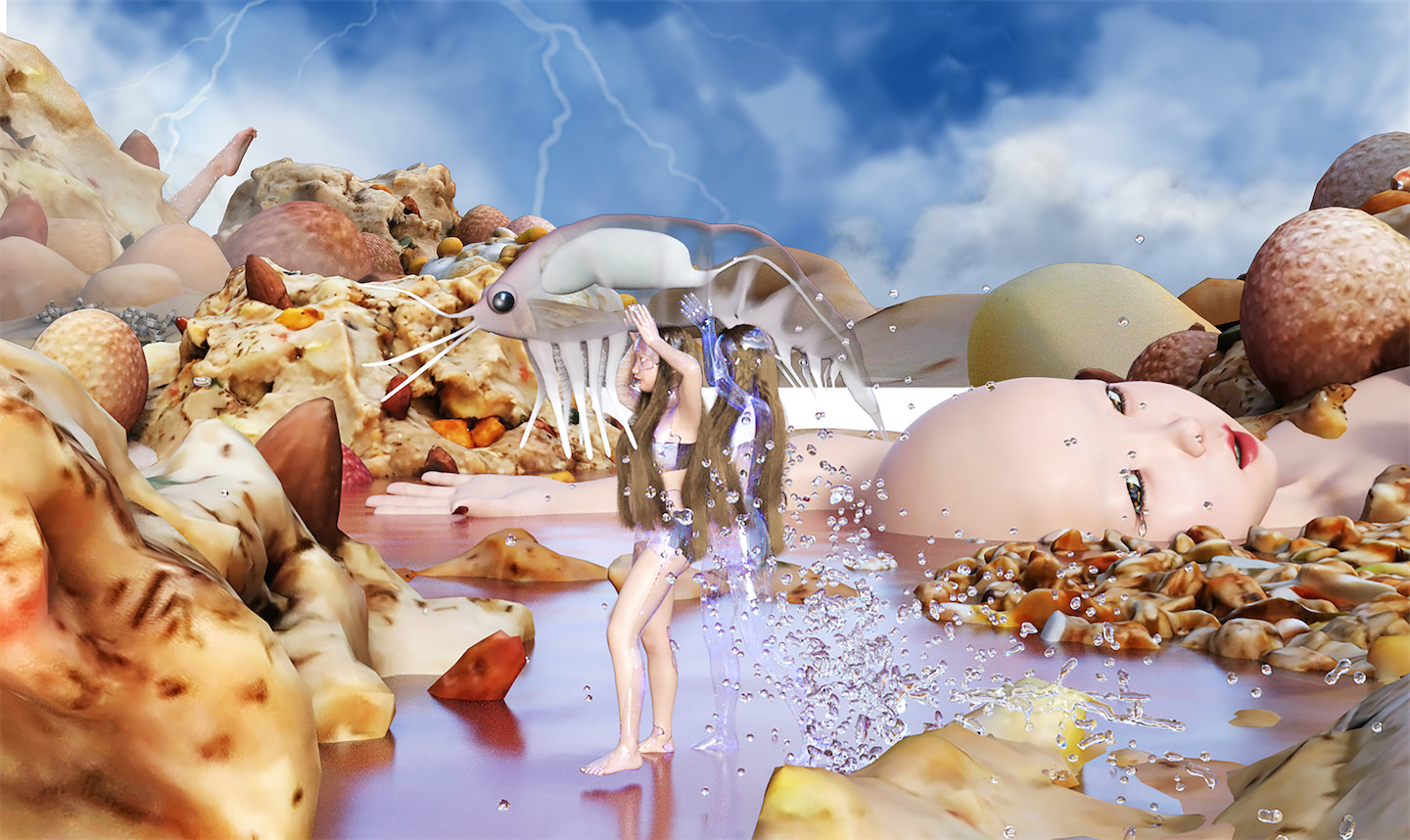