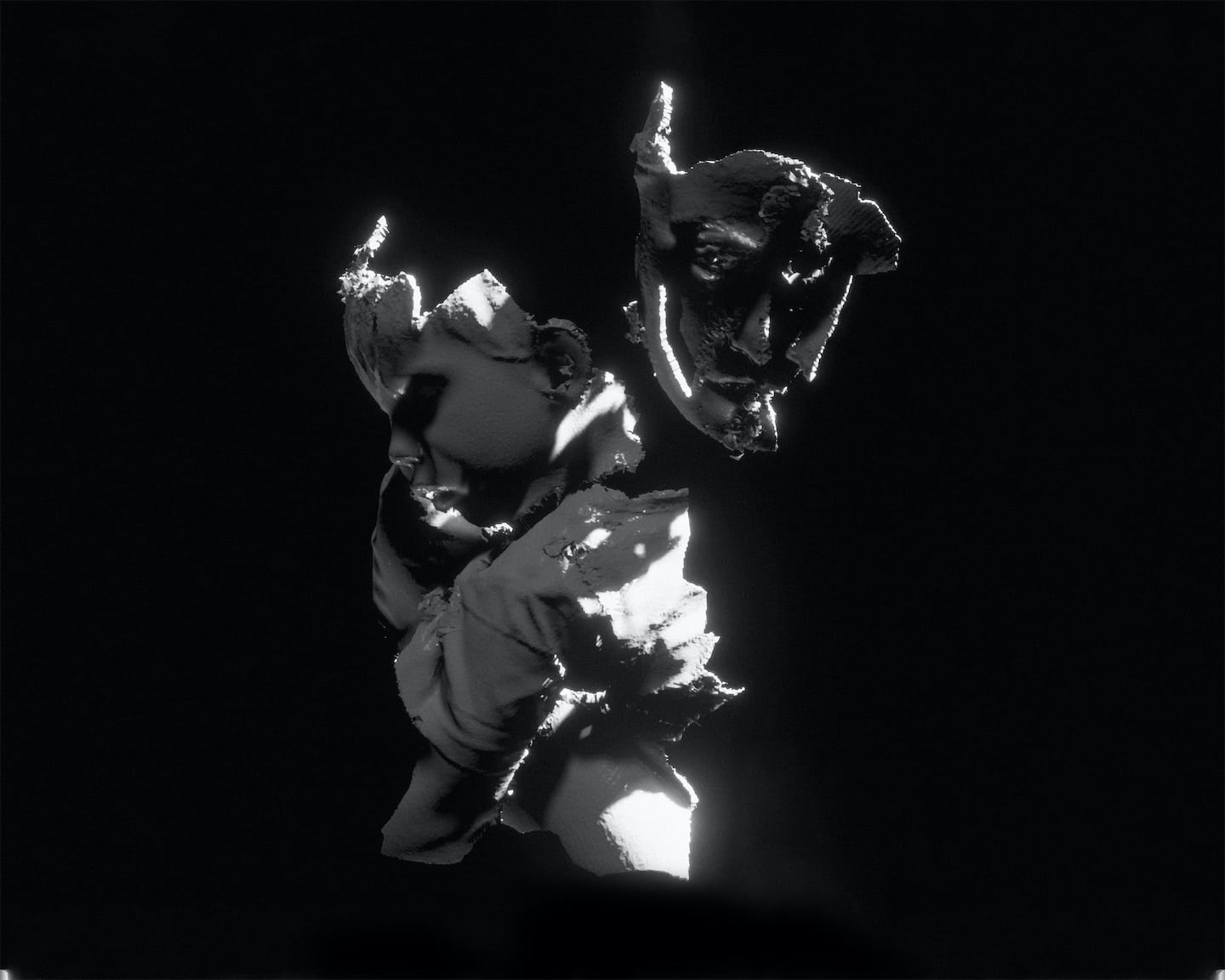 Echoes (of When Bodies were Temporary)
,
2021
Unique Artwork
BUY NFTHow to Buy
$ 9,630 USD
Size:
50
×
75
×
22
cm
Duration:
Unique work
You already added this artwork to your cart
Presented by
Umanesimo Artificiale
ABOUT THE WORK

Echoes (of When Bodies were Temporary) is a 3D printed artefact realised with a simple degenerative algorithm (named sandra) that erodes and morphs over time the original data of a scan, gradually losing its footprint nature.

The original data 3D scan titled Bodies Are Temporary, dating back to 2016, depicts a primary emotionally charged albeit fleeting moment between a child and his mother.

sandra digitally erases, warps and transplants parts of the original object thus transferring and mirroring a process originally pertaining to the organic into the field of data: a memory that is progressively lost.

On demand printing retrieves, crystallises and makes visible specific points in time of this process, actualising the progressive disrepresentation of memory into a permanent form.

The original data scan will be preserved but encrypted making it permanently inaccessible to anyone, comprising the artist, on January 30th, 2022.

[The 3D model algorithmically deteriorates day after day. The decay process will start on February 9th, opening day, and the file will be completely erased on April 9th. Everyday buyers can purchase a different degeneration of the original sculpture.]

Lorem
Lorem is a music-driven multidisciplinary practice by Italian musician, visual artist and independent researcher Francesco D’Abbraccio.
Read Full Bio
Lorem
is presented by
Umanesimo Artificiale
Sculpture
Inquire ABOUT THE WORK
Thank you! Your request has been received and a member of our team will connect with you on the email provided.
Oops! Something went wrong while submitting the form.