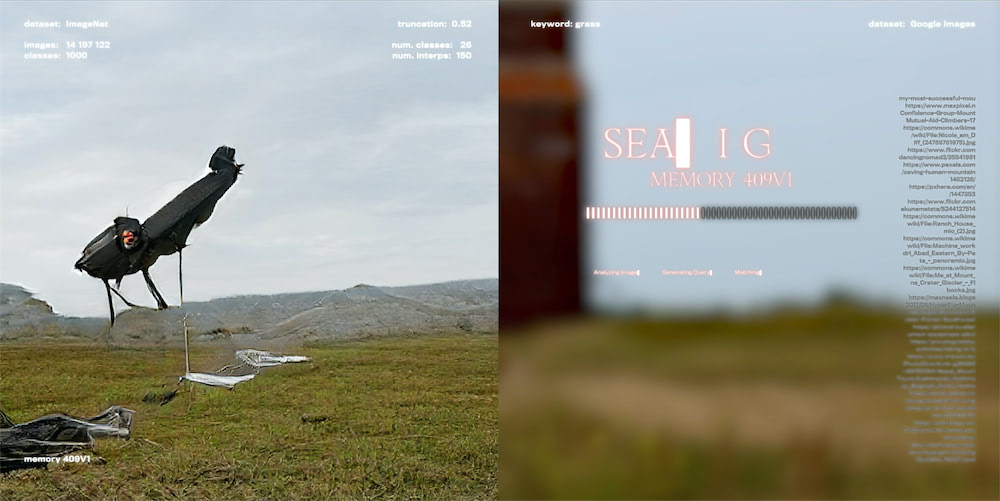 Through the absurd experience of a hybrid memory creation by using a BigGAN model, Ganbreeder app, and reverse Google image search, Chris Kore intends to prompt a discussion of evolving algorithms that can be trained on our online photos and can fill in memory gaps by creating fake memories that are plausible enough to be perceived as real.
‍
AImnesia juxtaposes an algorithmic fiction of procedurally recreated machine memories with a discussion with a machine learning researcher and inventor of GANs Ian Goodfellow, futurist and tech-philosopher Gray Scott, professor of cognitive neuroscience Guillen Fernandez, computational neuroscientist Marco Aqil, artist and programmer Gene Kogan, artist and educator Tivon Rice, creative technologist Tomo Kihara, and creator of the generative design tools Joel Simon about the relationship between the human brain and AI, hybrid memories, and the future of GANs. More at www.aimnesia.com 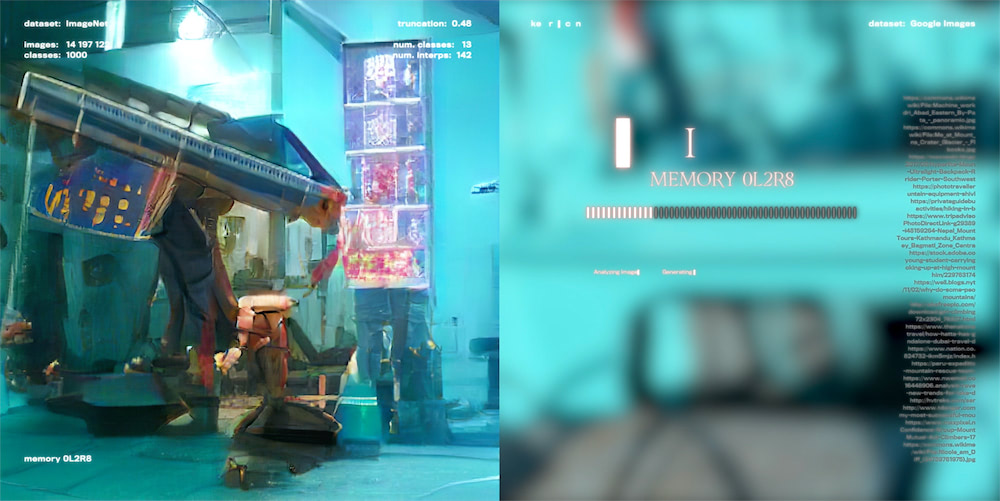 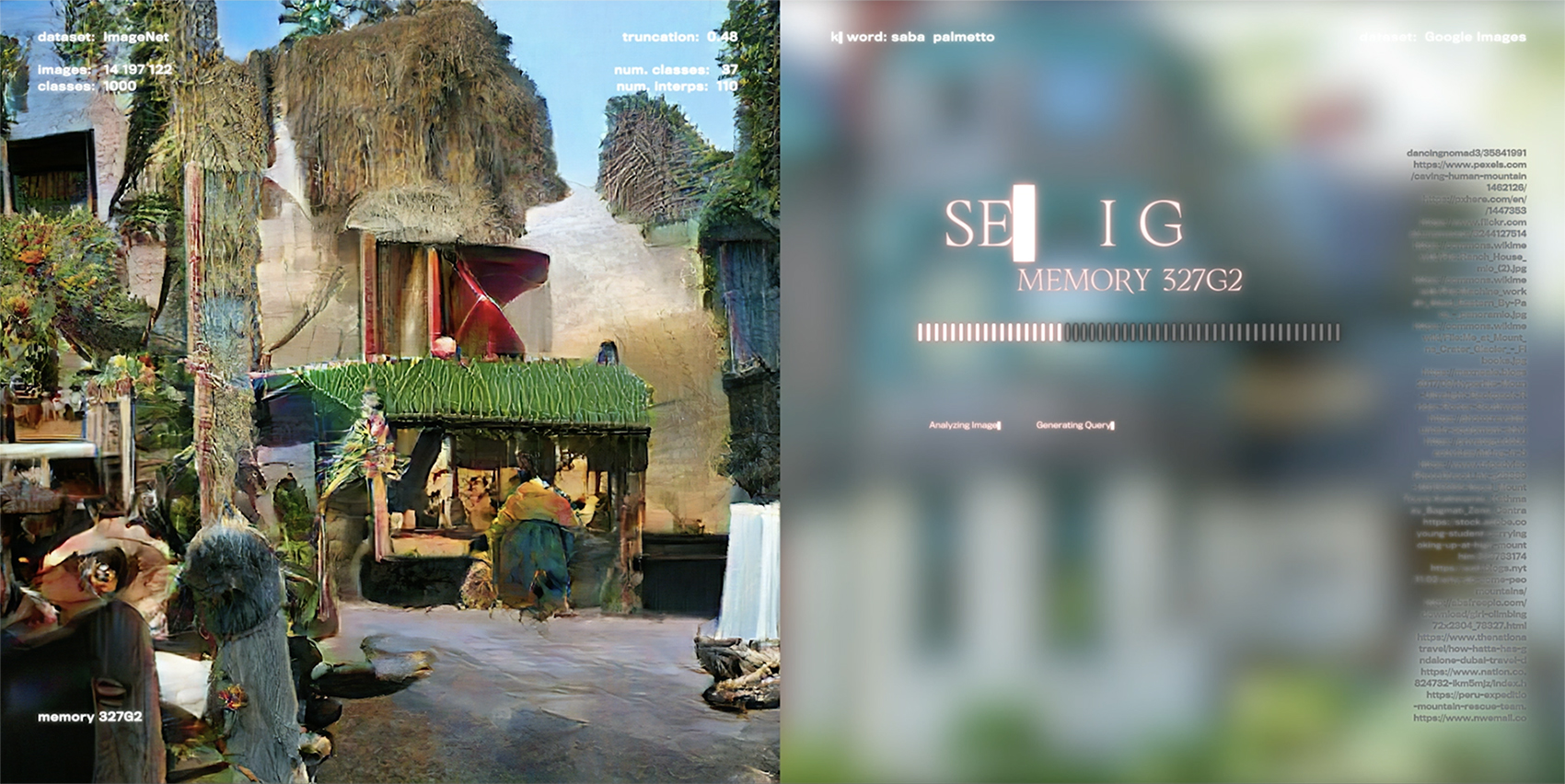 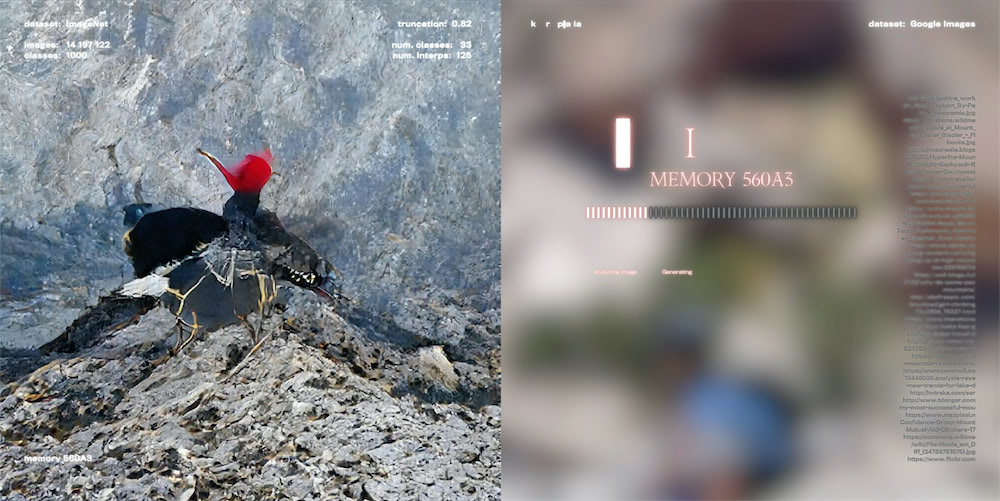