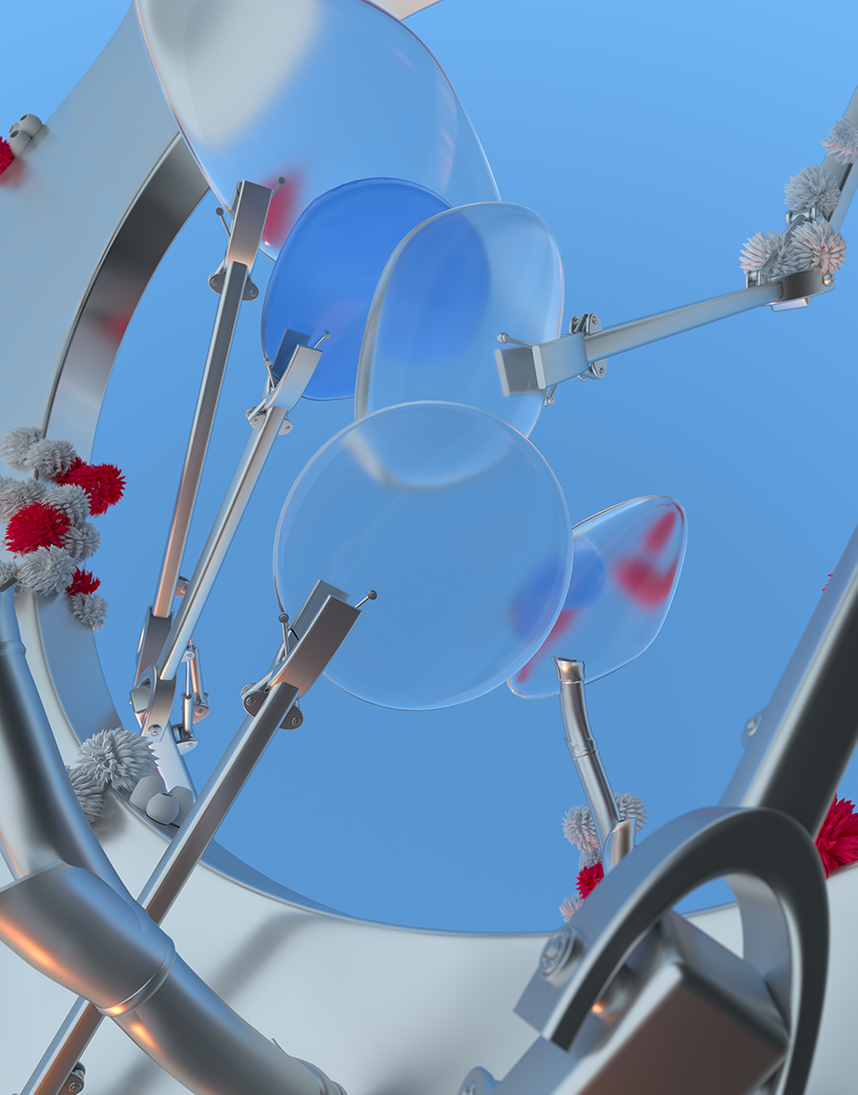 In the beginning, the series “Tragwerk 1/2/3” was planned as a “frame in frame” concept which got modified through the creative process.
Overgrown architectural appearing elements are composing a technical frame in which the transparent and floristic part of the work has space to affect the viewer‘s attention. A surrealistic nature that needs non-organic material as their natural habitat.

‍
The title “Tragwerk” is a german word for “supporting structure” (architectural) which should, on one hand, symbolize the heaviness of the technical construct in contrast to the lightness the image gets by a luminous blue sky. On the other hand the construct has the function to carry the flowers, to give them a space to exist.

Julia Kobel
Julia Kobel is a german 3D-Artist and Designer who is focusing on surrealistic images, in which nature and technics need each other to exist.
Read Full Bio
Julia Kobel
is presented by
Digital Image
Inquire ABOUT THE WORK
Thank you! Your request has been received and a member of our team will connect with you on the email provided.
Oops! Something went wrong while submitting the form. 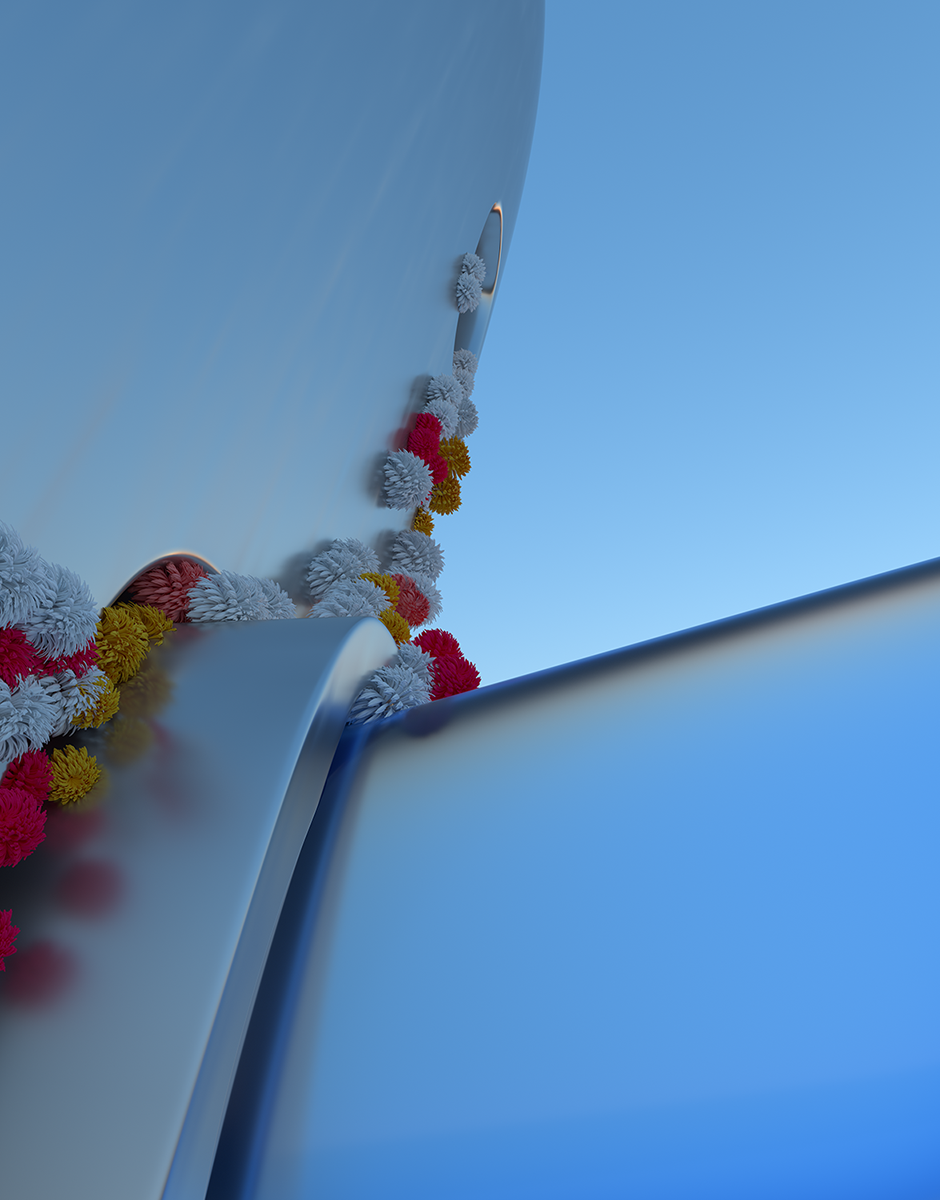 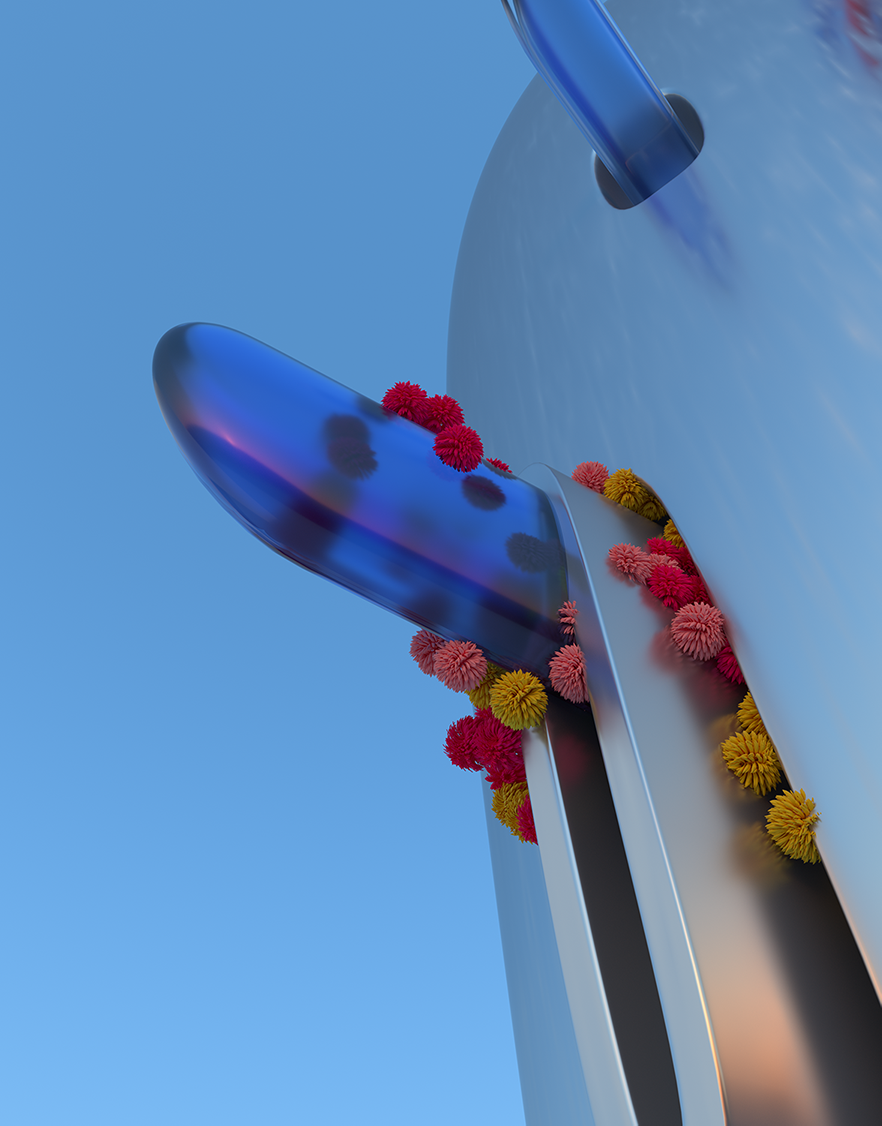