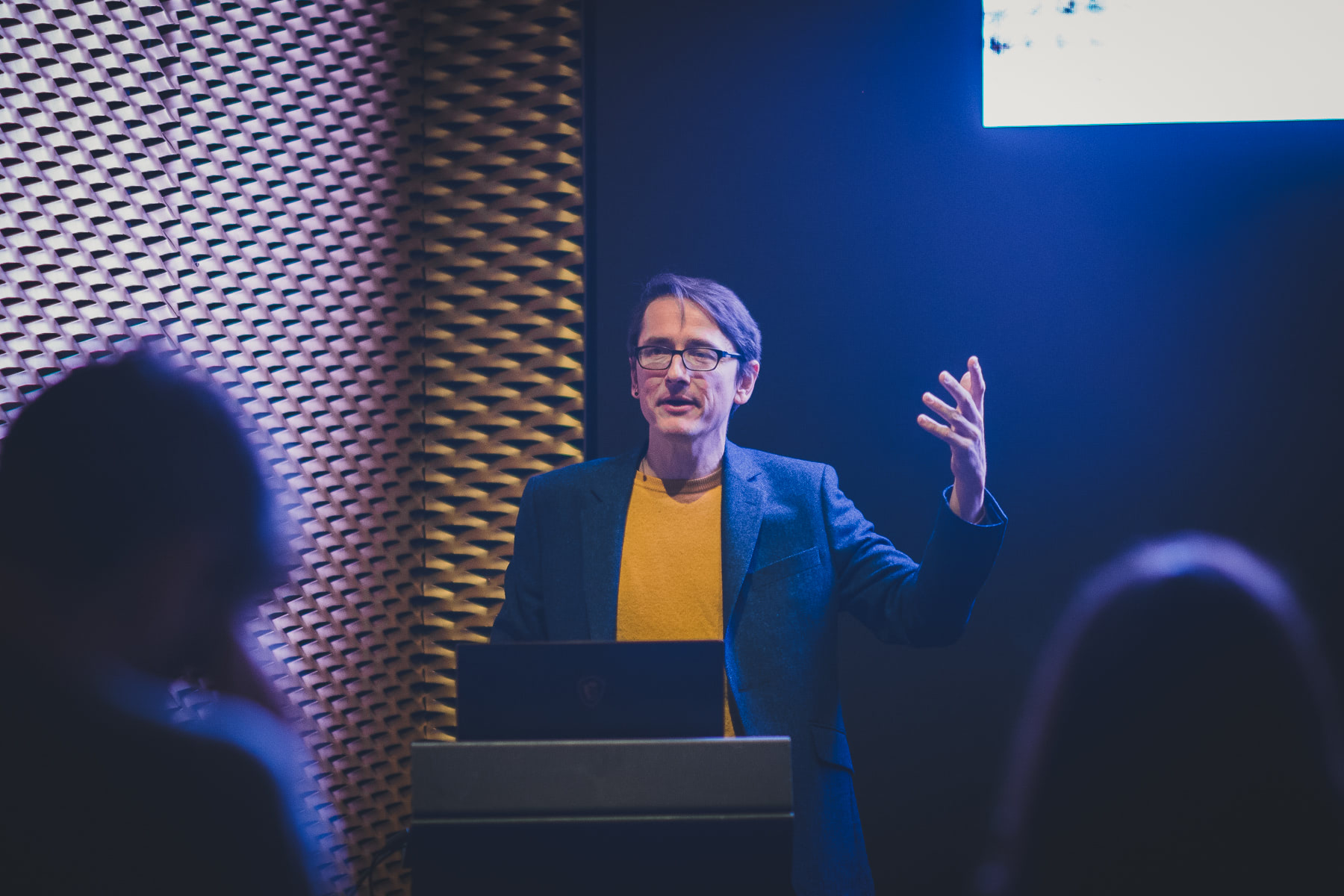 Computers have always been a part of my fascination... and later on of my profession.

Art enabled by AI and machine learning is dependent upon technical innovation, and artists working using those solutions need to continuously study the field as it keeps emerging. The dynamic nature of the machines creates significant opportunity - but also real challenges in experimentation and adaption for the artist. We had the opportunity to speak with one of the pioneers of artificial intelligence art, a true master on a continuous learning journey - Mario Klingemann.

Munich-based artist Mario Klingemann has been making art using algorithms for over 25 years. Klingemann's works are frequently exhibited at world's finest museums such as MoMA, Centre Pompidou and the Metropolitan Museum of Art. In 2018 he was the first AI artist to win the Lumen Prize, and in 2019 his piece Memories of Passersby I was the first-ever work created by AI sold at Sotheby's.

Early in his career, Klingemann had a revelation that a digital bitmap can theoretically display every possible imaginable and unimaginable image there is. The problem is to find the interesting image among the almost infinite amount of uniteresting ones. "If there is one common denominator, it's my desire to understand, question and subvert the inner workings of systems of any kind", he explains.

Klingemann's artistic practice is a mirror to the developments in machine learning in recent decades. His next work would feature solutions that the general public will have access to months or even years later.

The lag between the availability of programmes and Klingemann's vision would result in both excitement and frustration in the early days. It was the excitement of being at the forefront of innovation, together with the disappointment of not having the necessary tools to visualize his ideas. At a point in his career, Klingemann became concerned that the machine does not have a choice when producing art in the classic algorithmic way. "It just makes a random variation, and you select what works and what is noise," he comments. This lack of judgement on the machine's behalf dulled the initial excitement of algorithmic art. Driven by innovation, Klingemann was prepared for the next breakthrough.

In 1986 Marvin Minsky wrote The Society of Mind, and it all sounded fascinating. But back then, it was simply not possible to realize those ideas. So I was waiting, and in the meantime creating regular algorithmic and generative art, experimenting with images videos and sound

It was not until 2012 that first groundbreaking results came in of neural networks being able to classify images so much better than classic machine learning techniques. "The classification is an important aspect of creation because once you can classify something with a machine, you can measure things about it, things that previously we could only describe with words since we did not have a way to put a number on it." adds Klingemann. The system allowed him to train a machine to get close to the examples he would give it.

In 2015 DeepDream came out, and then GANs came out, both contributing to the popularization of using neural networks to create art. However, despite a boost of awareness that came with the introduction of DeepDream, neural networks remained relatively inaccessible at the time.

When something is hard to get to, then for a while, you also have the pleasure of being alone. You can feel like you're an explorer going into the jungle and discover some unknown species there. And I like that.

It was that discovery period during which Kligemann's project "The Order of Things" won the Creative Award of the British Library. The work used semi-automated image classification and machine learning techniques to add meaningful tags to the images and create thematic collections of the British Library's one million Flickr Commons images. Klingemann’s project highlights how traditional institutions can be not only repositories of old knowledge but also storehouses of creative potential that can open new avenues and unprecedented possibilities for generating culture. Similarly, Klingemann is also exploring new avenues for evolving his practice and adapting to the pace at which technology is accelerating. "Things are different; now you can do AI art without even being able to programme... that's a natural progression," he comments.

Klingemann keeps a close eye at the fundamental research that's going on. If in 2015-2017 it was more like every half a year that a ground-breaking new model or technique would come out, now the field has exploded, and keeping up is ever-so demanding. "Now it's like plumbing - we have the basic principles, and people are improving the details. They are improving the image quality, or for the machine to learn faster," he explains.

Let's take as an example the lip-sync stuff. I had to build a model like that for a project that I was working on with some other artists last year. I figured out the process myself. This discovery keeps happening - but just to see some big research company half a year later introduce the same solution incredibly simplified as a downloadable feature. It's almost not worth going through this process as a lone artist. You spend a great amount of time figuring something out, while there's a team of 50 people working on the exact same thing!‍

It feels like the pioneer spirit that Mario enjoys so much is fading. "There are lots of kids sitting and waiting for the next model to jump on it and make a news story happen," he mentions. It's no surprise as Mario has a busy calendar and given the accessibility of new applications, the playing field is now more of a public park.
‍
Mario draws parallels to the invention of the camera and rise of cinematography. In the beginning, everyone is fascinated by the new tool for the tool's sake. But after some time comes the question - what do I want to use it for? What story do I want to tell with it?