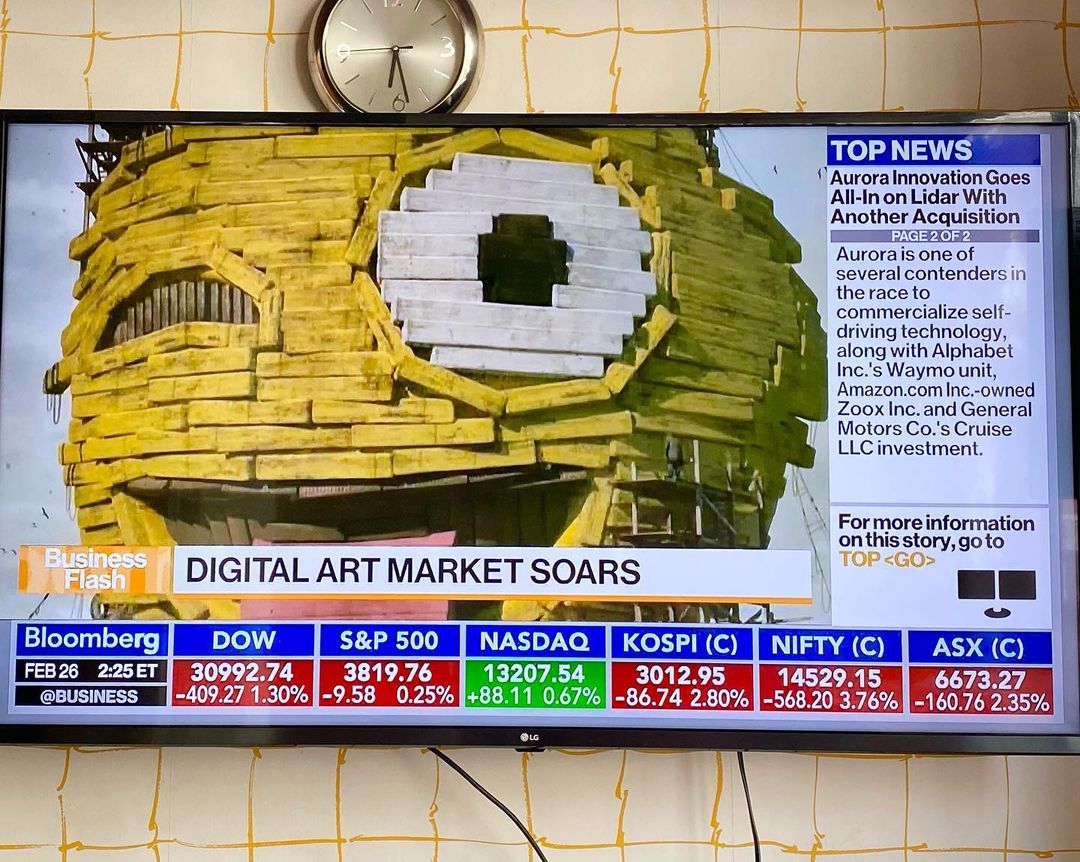 Tokenomics and the Art Market

Less than a  month ago, Electric Artefacts wrote about how 2020 had seen the market for NFTs explode. Since then, it’s fair to say the market has gone nuclear. If you have even a passing interest in art, you’ve probably heard of Beeple (AKA Mike Winkelmann) by now. When Christie’s listed a work by the artist the same day another Beeple NFT became the most expensive ever sold, it signaled not just the arrival of crypto into the traditional art market, but the head-on collision of the art-world and the cryptosphere.

To add to the runaway media furor over the topic, today Kings of Leon are releasing limited runs of their latest album, “When You See Yourself” in NFT form, with accompanying artwork and concert tickets. And just a week since 3LAU became the first artist ever to do so too.

Between NFT albums, Beeple, and Grimes, it feels like there have been more NFT-based headlines in the last two weeks than in the previous two years. At times like this, when the pace of developments is enough to give anyone a headache, it can be useful to take a step back and ask ourselves what’s really going on.

At the time of writing, bidding for “The first 5000 days” sits at over $3.5 million, but with buzz surrounding the artist at an all-time-high, and given the seminal nature of the auction, many observers are predicting an eight-figure winning bid. What’s most surprising, however, is not the astronomical sums involved, after all, artworks selling for tens of millions is par for the course at Christie’s. And neither is it the fact that the piece in question is an NFT. Once they started exchanging hands for millions it became almost inevitable that the big boys would want to get involved. No, what’s interesting about 5000 Days is that Beeple’s crypto art is, well, so very crypto.

Advancing a stylistic ensemble of meme-ism and political cartooning, Beeple has been churning out his everydays since 2007. Like many digital artists, he uses Instagram to reach an audience of well over a million followers. And long before his first NFT drop on Nifty Gateway, Winkelmann was using social media to sidestep the ivory towers of the art-world and speak directly to his fans.

Christie’s could have appealed to their customer-base by commissioning a digital piece from an artist known and loved by the New York collectors to launch their first NFT auction. They could even have offered a scan of a canvas and then burnt the original. It would have provided a twist on John Baldessari’s cremation project, a nod to Black Rock City’s middle-class hedonists, and delivered just enough theatre to make the work interesting, without the hassle or risk of having  to light any matches personally. But instead, the world’s second-oldest fine-art auctioneer chose not to appeal to their traditional collector-base and turned to one of the biggest names in NFTs as a way to diversify their clientele.

The man who helped orchestrate the auction, Christie's Noah Davis, is under no illusions as to the kind of artist Winkelmann is and the kinds of bidders the work might encourage. "Mike's practice of making these 'Everydays' every single day is this herculean, populist, and deeply American endeavour," he told Forbes. The auction is taking place as one of Christie's "First Open" events, intended to encourage first-timers and those who might be put off by the exclusivity that characterizes their traditional calendar. The online-only setup, while necessitated by COVID-19 lockdown measures, is also likely to appeal to a younger generation of Bitcoin billionaires who are comfortable with the idea of dropping $1.5 million for a pixelated ape in a hat— an altogether different demographic than the one associated with chandeliered London and New York showrooms.

In an amusing and insightful article, critic and curator Kenny Schachter voices what have been two of the biggest criticisms of NFTs–“at present, most of these things look like screensavers or video-game stills and equate to money chasing more money”. I happen to quite like screensaver art, but Schachter’s love-hate relationship with NFTs touches on what has always been one of art’s unsolvable paradoxes: it is both our greatest tool for critiquing commodification and a commodity itself.

Ultimately, even the high consumerist fetish of American Pop-Art operates at multiple levels of sardonic irony, and no amount of profiteering can dull the point of art that hits its target. Acting as if the tides of the market don’t affect artistic practice is a privilege only financially secure artists have. As blockchains reorganize our social and economic lives to accommodate the new era of decentralized capitalism, new media will be needed to remind us that art is more than just an asset, but how this will be done in the NFT context has yet to be seen.

At its most idealistic, the discourse surrounding NFT art speaks to the damaged pride of artists who have long struggled to make a living in a market that values hype over hard work. Initiatives like the Mint Fund are seeking to foster economic support for artists who want to mint NFTs, and the prospect of democratizing the creation of value is one of the more promising developments the sector is seeing. Smart contracts that pay a percentage of resale value to an artwork’s original creator, although untested as legal instruments, have proved popular so far. But how to enshrine the kind of downstream revenues for art professionals that such smart contracts enable is one of the pressing concerns for NFT artists who are already looking beyond the current gold rush. To this end, Sara Ludy recently negotiated an actual ink-on-paper contract with her gallery for future NFT sales, which will distribute profits among staff.

The possibilities for blockchains to restructure the art market are not limited to NFTs either. Ed Fornieles developed Cryptocerts, a dynamic funding model that employs the Ethereum blockchain to decentralize the process of financing art projects and distribute future profits among investors. Likewise, artists like Jonas Lund and Kevin Abosch have pioneered a more conceptual strain of blockchain art that questions and interrogates the status quo in a different direction to the more simplistic aspects of the current NFT boom.

I think of Beeple as a kind of millennial Paul McCarthy. He has all the vulgarity and bastardized Americana of his Boomer predecessor, flying a flag for the kitsch, the camp, and the unashamedly populist. But is less antagonistic, with less of the in-your-face, middle-finger-to-the-man performativity that McCarthy is known for. In this sense, he mirrors the way NFTs compare to older media that claimed to shake up the art market, in that the critique has been flipped on its head. Whereas the first performance and conceptual art was radical because it couldn’t be monetized, NFTs are novel because they make stark the financial machinations that facilitate the business of art.

Like Schachter, I’m both skeptical of and intrigued by the new capitalist realism and its effects on the process of making and appreciating art. In the end, institutional validation always recalls the perpetual death of punk – the endless cycle of cultural innovation and recuperation. While it often feels like anything new will inevitably be co-opted by the profit motive, that shouldn’t discourage experimentation. A change of course is always possible. We need art that refuses the market logic, but we also need markets that grow and adapt to the times. If a 250-year-old auction house can do it, anyone can. 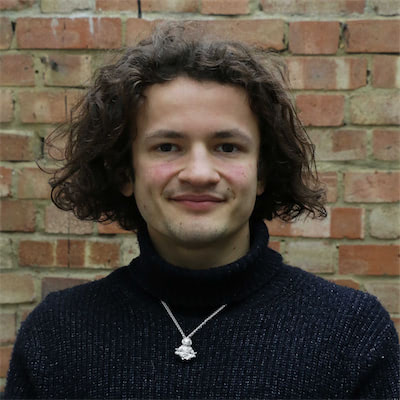