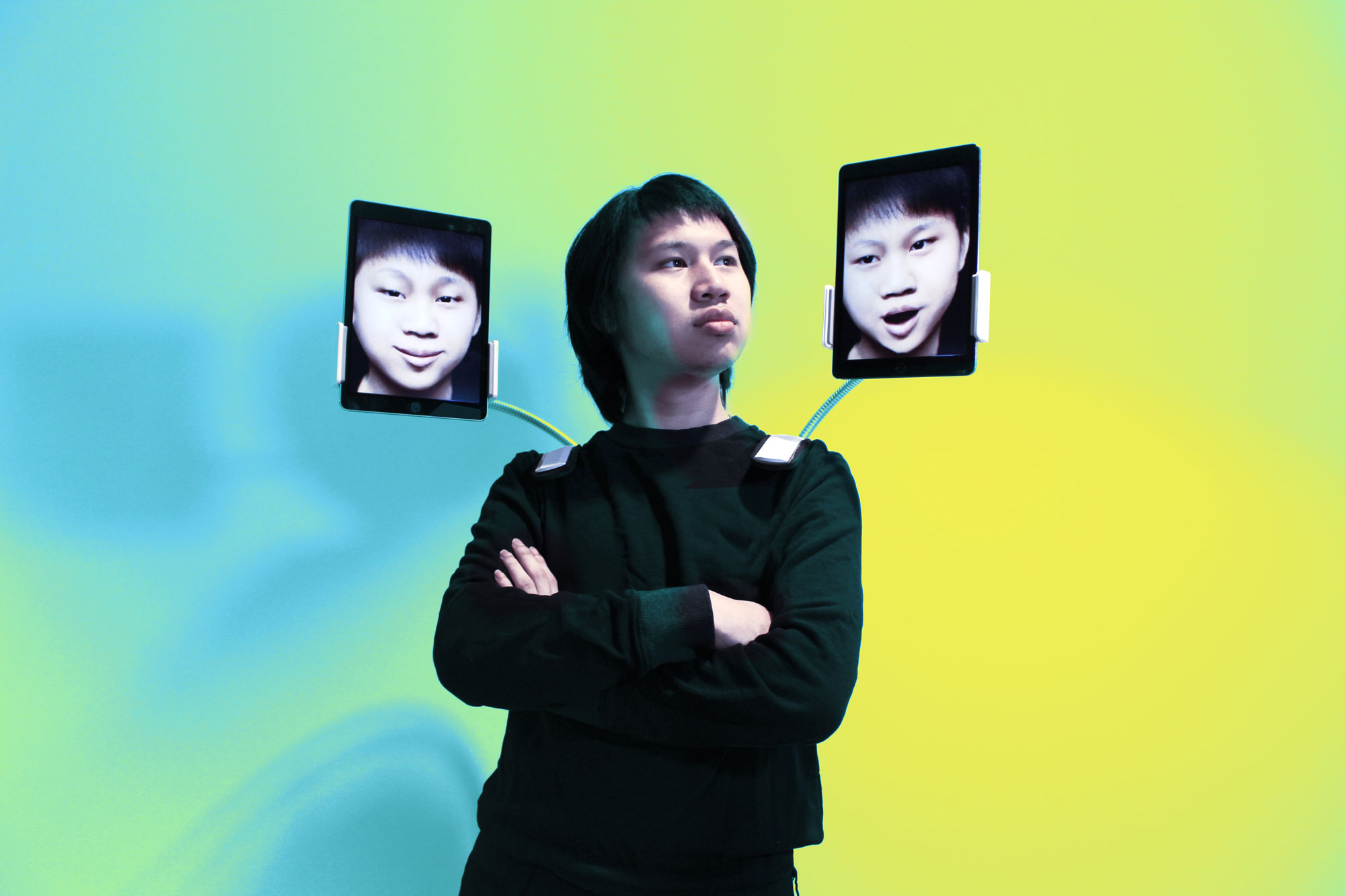 One, None and a Hundred Thousand Perceptions in the Works of Pat Pataranutaporn and Chrystal Ding

Uno, Nessuno, Centomila, the novel by Luigi Pirandello that lends its title to Electric Artefact’s current exhibition, is a poignant dissection of an individual’s struggle for a sense of self. Written in 1926, it relates the main character’s descent into spinning madness as he grapples with the plethora of overlapping voices shouting for his identity. It’s a story that has resonated across disciplines, from obvious ones like psychology and philosophy, to exact sciences such as mathematics and molecular biology. It can be no surprise, therefore, that Pirandello’s novel flows naturally into the scientifically complex yet oftentimes incredibly poetic world of artificial intelligence. But what insights does AI have to offer on a human need to capture and distinguish, disentangle and specify the things around us?

In a series of articles, Electric Artefacts explores the various faces of AI in art as presented by Uno, Nessuno, Centomila. We start off the series by focussing on the core theme of the exhibition, and exploring the shards and reflections of perception in AI-generated work.

In the novel Uno, Nessuno, Centomila the main character Vitangelo Moscarda realizes, during a casual conversation with his wife, that every person he has ever met has created their own idea of who Vitangelo is in their mind - and that none of those Vitangelos correspond with his own idea of himself, let alone any person that may be considered to be the ‘real’ Vitangelo. Anguished by this idea, he sets out to quash all ‘wrong’ or ‘fake’ projections of himself; merely the first in a series of windmills he tilts at throughout the story.

This co-existence of various selves is presented very literally in the work of Pat Pataranutaporn. Together with his colleagues from the Massachusetts Institute of Technology’s Media Lab, Valdemar Danry and Pattie Maes, Pataranutaporn constructed an on-body installation titled ‘Machinoia : Machine of Multiple Me’. As he explained during Uno, Nessuno, Centomila’s opening event, the work finds part of its origin in innate human narratives:

“Looking at divine beings across cultures, we see many augmented beings have more than one head. [...] Machinoia means ‘machine’ and ‘soul’, enoia meaning soul. In this project we sort of explore the question of whether instead of having technology replacing humans, technology could amplify our identity.”

Machinoia consists of two screens on the ends of antennas attached to the wearer’s shoulders; these show the two faces of the wearer: one representing their past and the other their future self, based on information extracted from social media data of the wearer and fed into an AI-program. The piece blurs the boundaries between our analog and tech-based personas, allowing them to exist harmoniously instead of in conflict with one another. It’s a view that opposes a common conception that technology will lead to the oversimplification of our identity, as reflected by Mark Zuckerberg saying that “the days of you having a different image for your co-workers and for the other people you know are probably coming to an end pretty quickly. [...] Having two identities for yourself is an example of a lack of integrity.”

The quote also seems to suggest a contemporary need for simplification of our interactions and perceptions of other humans. However, as shown by Chrystal Ding’s work, humans aren’t straightforward machines, and machines aren’t always so straightforward either. As she explains:

“We talk about one of the problems of machine learning being the fact that it’s a black box, a device system that allows you to see the input and output, but gives no views of the process and workings between. So if something goes wrong it’s difficult to find out where it went wrong and how to fix it, [...] ‘isn’t being a human being something like this too?’”

For her series ‘Bits and Pieces’, Ding performed facets of human psychological or emotional ‘malfunctioning’, such as depression and self-harm, and offered slivers of its footage up to Generative Adversarial Networks to rearrange them into a functioning whole. The result is a series of five machine interpretations of the ‘better’ human, one that no longer needs to exist within the parameters set by what we consider neurotypical; indeed, it no longer needs to exist within the bounds of reality at all. It is a notion that circles back to Pirandello’s themes, as in 1920 he said: “we have in ourselves, without being able to know why, the need to deceive ourselves constantly by creating a reality (one for each and never the same for all), which from time to time is discovered to be vain and illusory.”

As so powerfully captured by the practices of Pat Pataranutaporn and Chrystal Ding, artificial intelligence can break apart the various components with which we patch together our everyday perceptions, revealing both how they overlap in a tangled mess and how eager we still are as humans to grasp something tangible from amongst the knots in our endless pursuit of knowledge.