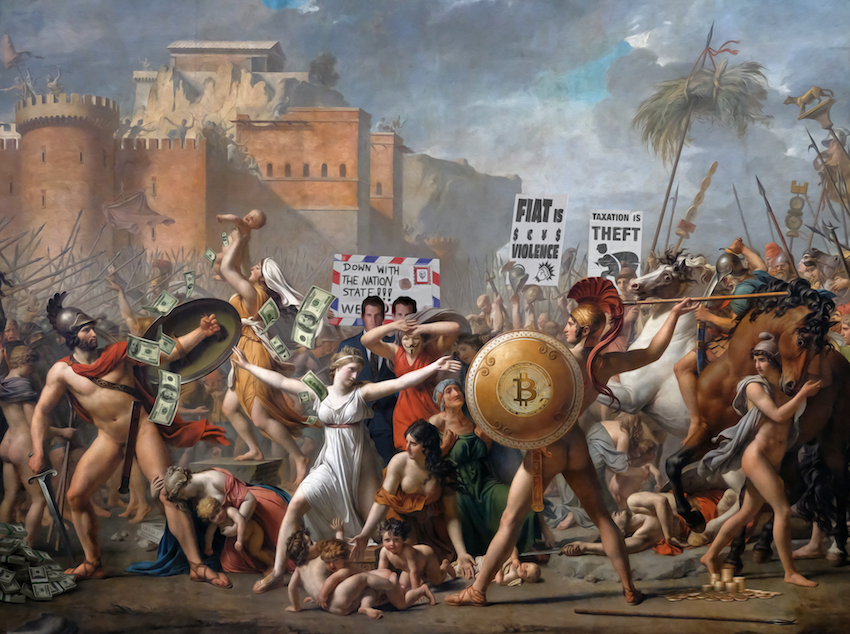 Cryptopunks, Coins and NFT art: an Introduction to Blockchain Collectibles

When Bitcoin was invented in 2008, the world was introduced to a new word that has now become commonplace: blockchain. Subject to various definitions, a blockchain is best understood as a kind of distributed ledger that uses cryptography to record transactions within a system in a verifiable and permanent way. Because no single party maintains privileged access to the ledger, it allows for exchanges between various parties within the system without the need for any centralized arbiter.

By establishing a monetary system that used cryptography to do away with the need for central banks to issue currencies, Bitcoin was the realization of a cypherpunk dream that had been alive since the early nineties. Although libertarians may count a thriving darknet economy as a success, far from disrupting the banking sector or moving power away from centralized financial institutions, perhaps predictably, the cryptocurrency was co-opted by the global finance industry within a few short years. Not so punk after all.

One area where blockchains have caused a reorganization of traditional hierarchies has been the world of digital art and collectibles. Thanks to the innovation behind Bitcoin, it finally became possible to inject digital objects with scarcity, allowing them to accrue value and become financially worth collecting, spawning a whole new economy in the process.
‍
Although there were attempts to verify digital artefacts on the Bitcoin blockchain as early as 2014, these tended to remain the preserve of crypto-geeks and meme enthusiasts. Because of the nature of the Bitcoin blockchain, ensuring the non-fungibility of the tokens issued proved difficult, and the various “colored coins” of the era have mostly been relegated to the footnotes of history.
‍
The first blockchain-based non-fungible token (NFT) to gain any serious traction was LarvaLabs’ cryptopunks—a collection of ten-thousand AI-generated pixel-art characters, each one represented by a token on the Ethereum blockchain. Given out for free in May 2017 to the first people to claim them, the original cryptopunks have gone on to generate a secondary market worth $28 million. On December the 30th 2020, cryptopunk #3307 (below) sold for a record value of 190 Ether, or over $140 000 at the exchange rate of the time.

While LarvaLabs were no doubt pioneers, less than a year later another innovation would occur that would really shake up the NFT landscape: CryptoKitties, a blockchain-enabled game that allows players to purchase, collect, breed and sell virtual cats. Each CryptoKitty is unique and its ownership is tracked on the Ethereum blockchain. But unlike CryptoPunks, the team behind the collectible cat craze developed a whole new protocol to facilitate their exchange. ERC721 was launched in late 2017 as an Ethereum token standard specifically designed to make digital artefacts verifiably scarce. Thanks to the new approach, the CryptoKitties project went viral so quickly that it nearly crashed the Ethereum system shortly after its launch.

Thanks to Ethereum and ERC721, the NFT revolution really kicked off in 2018. That year saw the launch of SuperRare, R.A.R.E, Makersplace, Nifty Gateway and OpenSea—Ethereum-based platforms for the sale and exchange of NFTs that remain significant players in the world of blockchain collectibles today.
‍
Thanks to the ethos of decentralization that blockchain technology has carried forward ever since the mining of the first Bitcoin, NFTs built on a public-domain blockchain like Ethereum have the special quality that they have a life beyond the context in which they were created. This fundamental aspect of the new economy has allowed OpenSea to establish itself as a peer-to-peer marketplace for all kinds of NFTs—from artworks to in-game items and digital trading cards. A sort of eBay for crypto-collectibles, OpsenSea is compatible with various ERC protocols and interoperable with other NFT exchanges.

For digital art especially, the new decentralized economy of NFTs has provided a much-needed revenue source for a medium that had previously struggled to prove its value to collectors. And it certainly has proved its value. In January 2021, three AI-generated nudes by Robbie Barrat sold on SuperRare for a total of over $300 000, and because the site pays royalties to artists even on secondary sales, he was able to cash-in on the current boom in NFT art to the tune of over $30 000, far more than the few hundred the pieces originally sold for.

Here at Electric Artefacts, we applaud any attempt to provide alternative funding streams for artists and to allow art fans without six-figure budgets to start collecting. The democratic potential of NFTs recalls the very ideals that inspired the first cryptocurrency over a decade ago. To explore this potential, blockchain artist Jonas Lund applied the logic of decentralization to the creative process itself by issuing Ethereum backed tokens that represent shares in his artistic practice. But we don’t all need to sell off decision-making rights to our careers to get involved in the non-fungible fun. With prices starting from zero, what’s to stop you from starting your own NFT collection today?

Cover image by Slime Sunday, The Last Stand of the Nation State, via Nifty.