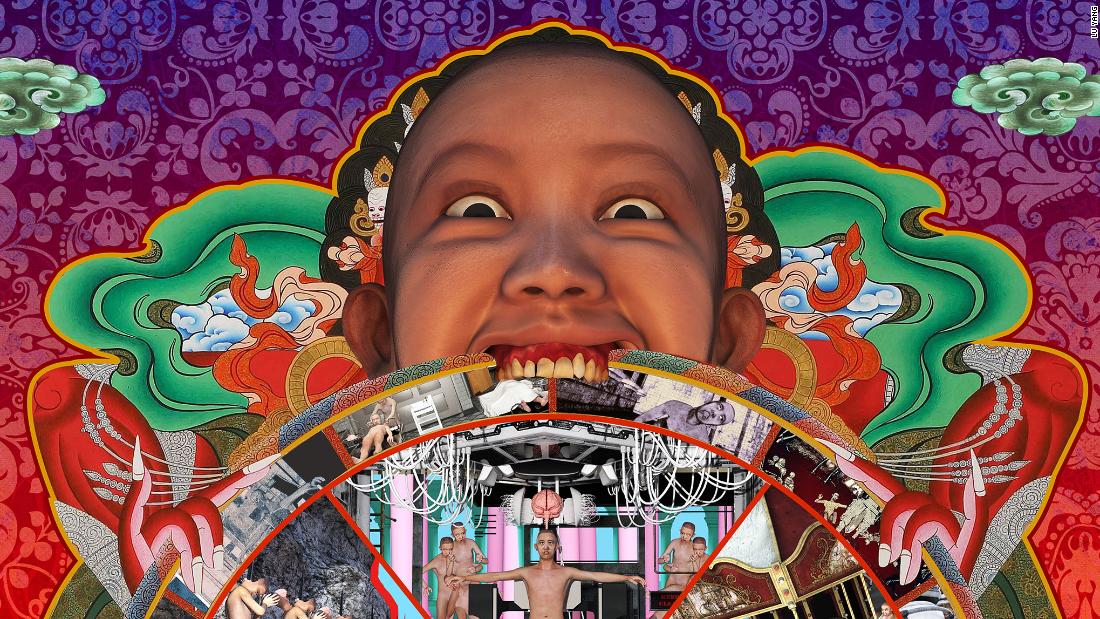 In a year in which we witnessed the widespread closure of museums and galleries, as well as the rapid digitization of social and professional life following strictly imposed lockdowns around the globe, online exhibitions and digital art have gone from strength to strength. As the world reconciled itself with increased screen-time and the near-collapse of in-person collaboration, 2020 saw new artists emerge and established ones forced to experiment with alternative media and techniques. Electric Artefacts is here to guide you through our top 15 artists currently driving innovation in the world of digital art. This list includes some well-known artists and some less familiar ones whose work we are excited to follow going into this new year.

An extremely prolific artist and designer best known for producing concert visuals for some of the biggest pop-stars in the world and for posting a digital artwork online everyday for over ten years, Beeple has grown a reputation for darkly comic visions that draw on science fiction and the imagery of American media culture.

After racking up sales of over three million dollars, Beeple joins Slime Sunday (see Electric Artefact’s guide to digital art on Instagram) as one of Nifty Gateway’s most successful artists, where his limited run works see an instant and significant appreciation in value on the platform, which facilitates the trade of digital artworks as non-fungible tokens (NFTs).

An artist working in immersive simulation and augmented architecture, Kudsk-Steensen uses cutting edge technologies to explore the biological world. His 2020 exhibition The Deep Listener which uses augmented reality to force us to consider afresh the plants and animals that inhabit the city, can currently be viewed throughout Hyde Park and Kensington Gardens.

Karlifetz’s familiar yet otherworldly digital creations merge contemporary pop-cultural references with cyberpunk futurism to stunning effect. His most exciting work in animation hovers aesthetically somewhere between Mortal Combat and Sin City, all to a soundtrack of Juice Wrld and Lil Uzi Vert.

Keiken’s five-chanel video installation from which the above still image is drawn: Metaverse: We are at the End of Something (2020), asks questions about the consequences of unconstrained consumerism, the new ubiquity of the digital paradigm, and the changing nature of virtual and physical realities.

While the tradition of glitch art has its roots in Nam June Paik’s early work with video feedback and distortion, exemplified by pieces such as Magnet TV (1965), the technical advance and mass accessibility of digital image and video manipulation tools in the 20th century has allowed Rosa Menkman to carve out a niche for herself exposing the hidden stories behind digital image processing techniques.

As both an artist and theorist, Menkman has turned her attention to the notion of the resolution, asking what it is and how it organizes and renders our contemporary cultural imagination. A Vernacular of File Formats (2009) for example, compressed the same RAW image file using various compression languages, implementing the same or a similar error each time and comparing the resultant images.

Working in various media, Hasni’s special talent for projection mapping is influenced by rave and psychedelic culture, as are so many of his vibrant and eclectic artworks. Mirroring the seamless integration of Eastern and Western spiritual motifs that characterize his work, and the globalist mythologies that are woven throughout his oeuvre, Hasni has proven a popular artist in both Europe and Asia.

Although his sculptures tend to be made of steel, they are nonetheless digital in their design and polished to a mirrored shine that could be confused for a CGI render. When photographed in the Nevada desert, surrounded by the steampunk hedonists that reside in Benisty’s favourite exhibition space, the annual burning man festival, the sculptures take on a dreamy, ethereal feel reminiscent of Ryabchenko’s landscapes listed above.

Porré’s practice narrates alternative histories in order to unsettle the rhetorics and mythologies of various nationalisms, most recently French. In a series of prints drawn from this work, Porré imagines the return of the French monarchy, the King a modern-day influencer and wellness guru. An edition created especially for our exhibition Vacation at the End of the World imagines a new luxury product that brings water fit for a King to the mass market.

Miao Ying is an artist working at the forefront of contemporary Chinese internet art. Growing up in a digital mediascape sheltered from the tide of globalism by the great firewall, the Chinese web has developed a host of socio-technological idiosyncrasies that Miao manipulates in her art. On the one hand, the result offers outsiders a glimpse into the kind of digital culture and subcultures that are flourishing behind the great firewall of china, while on the other, critiquing the practice of state censorship and arguing for a more free and open internet.

With a body of work that synthesizes complex and contradictory understandings of technology, gender, illness, religion, suffering, death, and the human-machine relationship, Yang combines the playful with the macabre in her visually eclectic multimedia artistic practice.

Inspired by manga, anime, video-games and Eastern polytheism, Lu’s exhibitions are just as likely to take place in an arcade as an art museum. For example, “Uterus Man” (2013) a violent saga of norm-shattering gender flexibility that subversively plays with the conventions  of the arcade-game genre. Never one to take her finger off the pulse of technological evolution, 2020 saw Yang venture into the world of AR, creating Giant Doku (2020) in collaboration with Acute Art and BMW.

After making the transition from painting to new-media art in the 1990s, Suzanne Triester has gone from strength to strength, experimenting with video-games, websites, and augmented reality while never losing sight of her origins as a painter and illustrator.

In collaboration with the Serpentine gallery, Treister’s The Escapist BHST (Black Hole Spacetime) can currently be experienced in AR by visiting theescapist.serpentinegalleries.org/ on a smart device.

While 2020 saw the meteoric rise of at least two of his Ghanaian peers working in non-digital media—Amoako Boafo and Kwesi Botchway, El Carna, whose work is every bit as powerful in terms of its unapologetic treatment of blackness and African identity, never had to wait to be awarded a prodigious artworld prize or get  “discovered” at Art Basel. Instead, El Carna has proven himself to be as adept a businessman as he is an artist. Thanks to the internet, his works have proven hugely popular with art fans so that without needing approval from institutional gatekeepers and middle-men, El Carna’s works can be purchased by anyone, as a canvas or giclée print, but also on a t-shirt, a mug, or a phone-case.

Working across various media, including animation and installation, Kamran Behrouz’s unique brand of transdisciplinary surrealism draws inspiration from the artistic traditions of Iran and posthuman critical theory. Having written a doctoral thesis on what they call the cosmopolitics of location, Behrouz’ artistic practice cannot be separated from their academic writing. Short films like Deuterostomia (2020) and An “I” for an Eye (2020) offer thought-provoking meditations on posthumanism in conversation with the thinking of scholars like Donna Haraway and Isabelle Stengers.

Whimsical and surprising, the photographic collages of Kang Hee Kim, also known by her Instagram handle TinyCactus, imagine a world where any surface or naturally occurring form can be a portal to another place. Clouds, trees and architectural forms are digitally transposed in her work, which, whether subtle or striking, has a knack for making the familiar strange and magical. 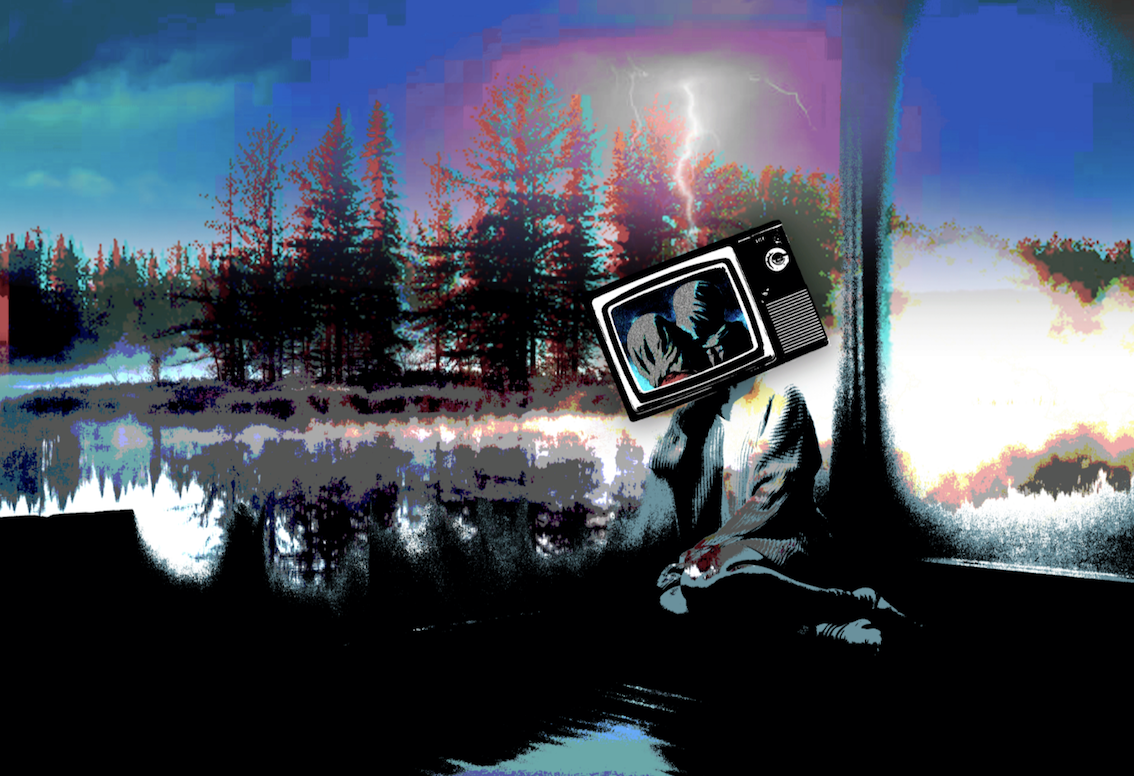 Highlights of our Tweeterview with Second Realm a.k.a. Eric Paul Rhodes 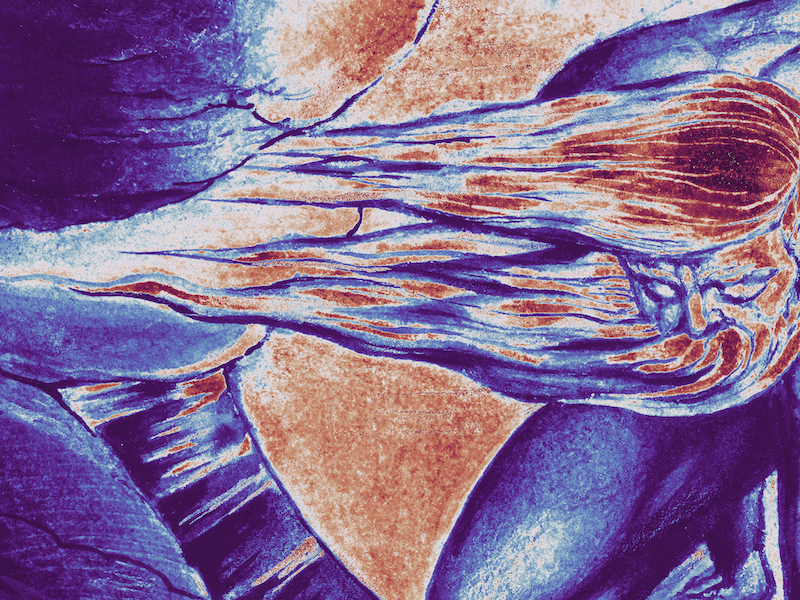