Rachel is a UK based digital artist & designer, known for her vivid and recognisable artwork and videos. These fluid, shimmering and colourful visuals traverse from the club to the gallery space, music videos and live-VJ sets, whilst also gracing the covers of many digital and vinyl music releases. 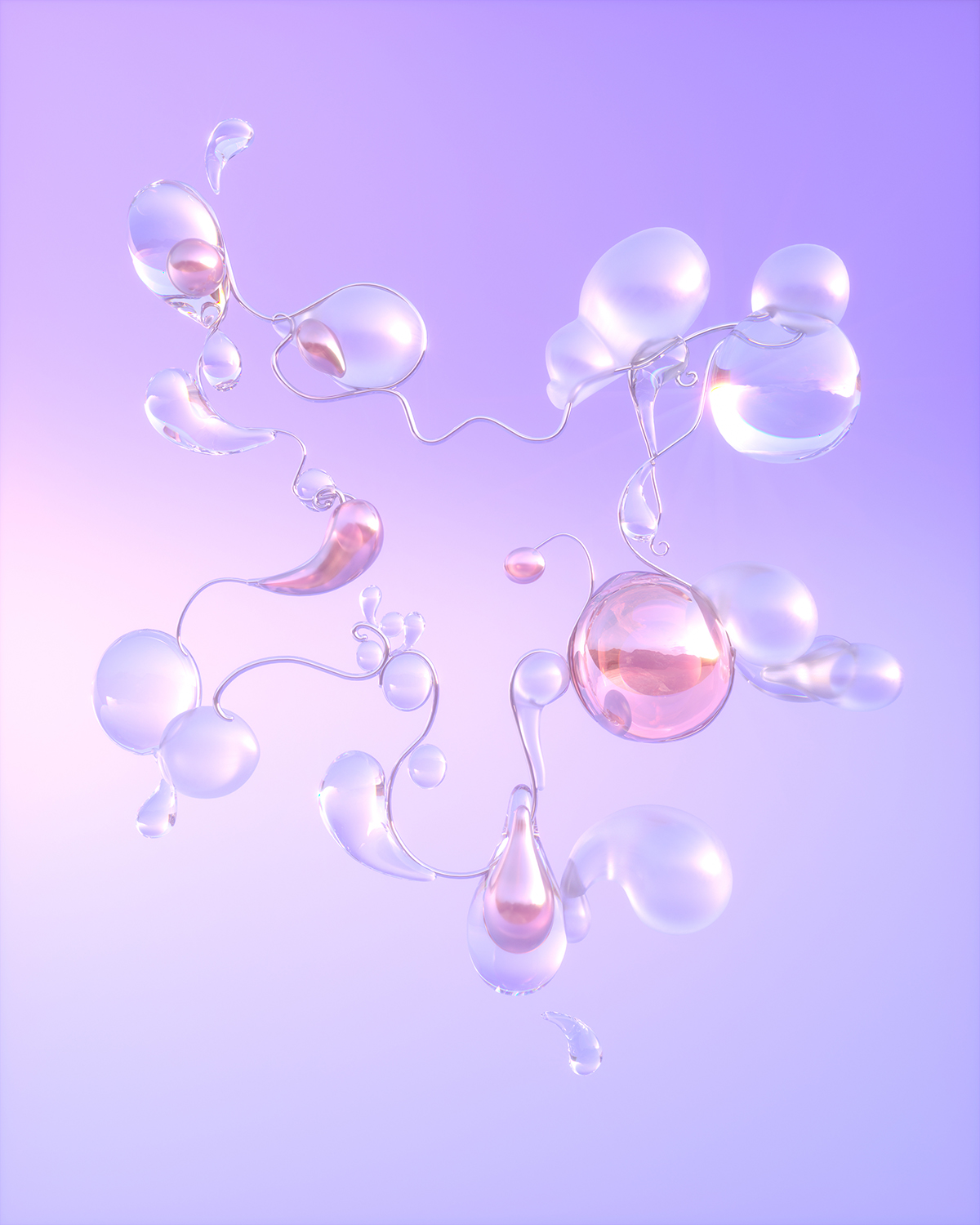 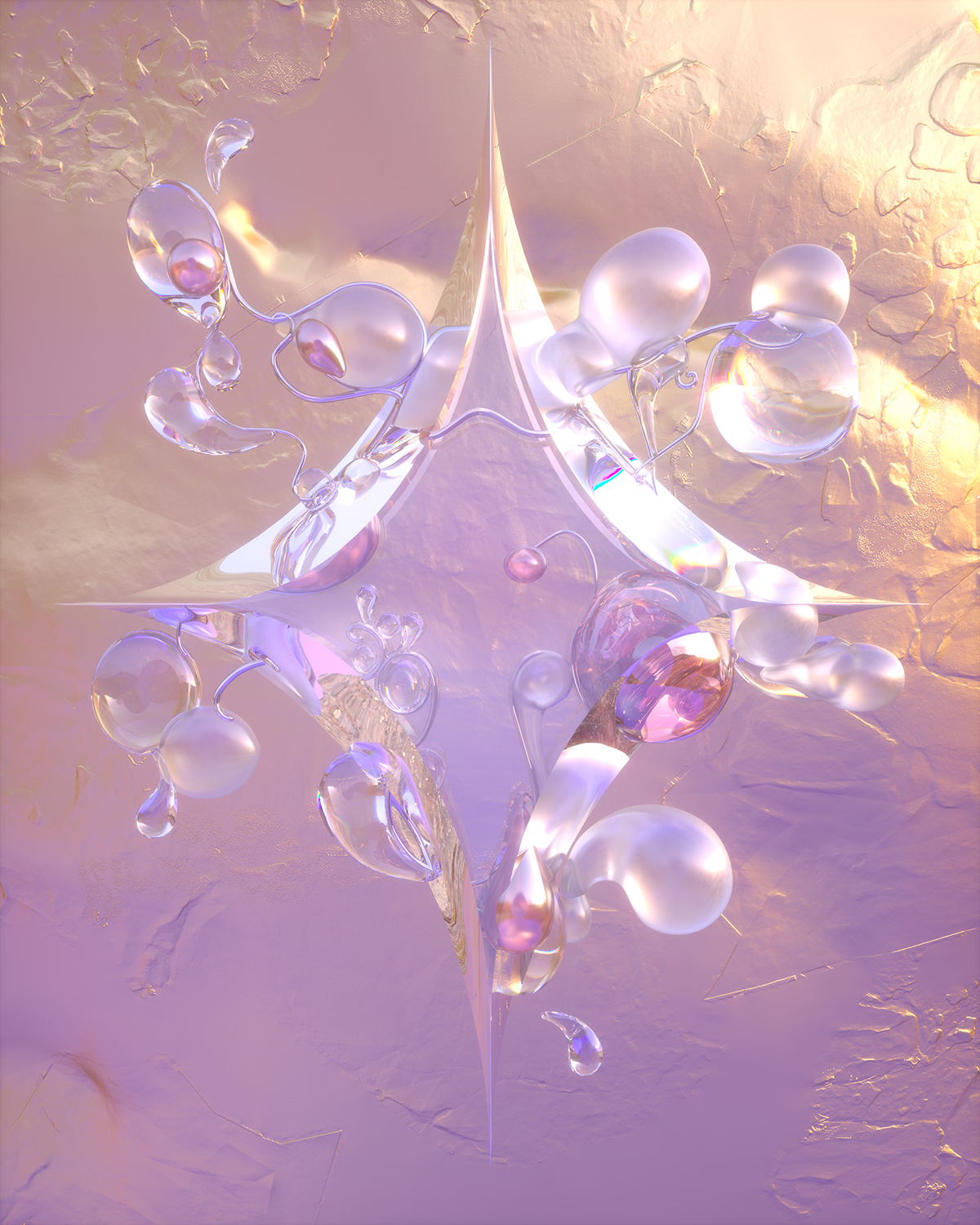 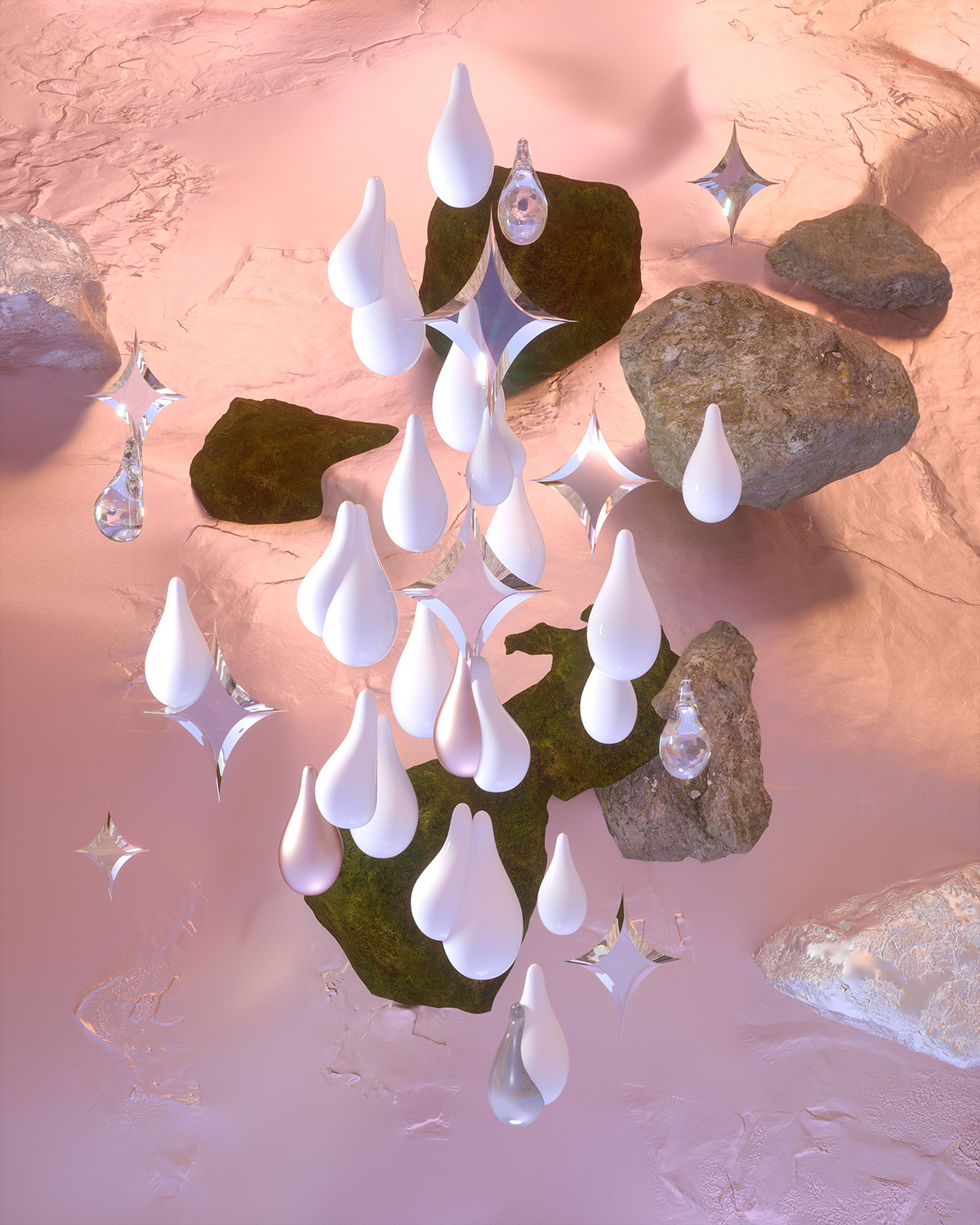 Predominantly a digital artist who has built a name for herself in the London music scene, Rachel is known for her vivid and recognisable artwork and video pieces. Her fluid, shimmering and colourful visuals traverse spaces from the club to the gallery, music videos, live-VJ sets, and most notably - graces the covers of many digital and vinyl music releases. Depicting abstract, otherworldly scenes imbued with a sense of weightlessness and sensuality, there is often a darkness to the work which allows for things to glisten even more.

From DJing on NTS radio to designing for the Spice World tour with Studio Moross, her love of music immerses her in both popular and underground culture. She works with many independent artists and record labels, creative communities like Just Jam, Keep Hush and Digi-gxl, alongside bigger names such as Adidas, Boiler Room and Bimba y Lola, and is currently the in-house motion and digital designer for the iconic The Face magazine.

She was recently selected to showcase video work at the Pitch Music and Arts festival in Australia, and her work has been featured in Selfridges as part of The New Order campaign, representing the inclusive global community Digi-gxl that she is a part of - a group championing womxn, trans and non-binary people specialising in 3D design and animation.

Rachel’s work often depicts stunning, otherworldly scenes, imbued with a sense of weightlessness, reminiscent of underwater or outer-space. Often abstract in nature - the work focuses on a more sensual experience, working with exquisite colours, textures and forms. There is sometimes a darkness to the work which allows for things to glisten even more.

“Visually, I often create work through a process of extraction of particular highlights from the real world, processing or collecting them digitally, and then using this material to build surreal ‘landscapes’ or scenes that suggest an illustration of a more abstract inner world of emotions and desires. These undulating scenes draw reference from landscape paintings and the Sublime, or echoes the colours or figures found in lofty, heavenly Renaissance ceilings, yet can be constructed from what may start out as mundane or familiar objects. I aim to create shimmering, ecstatic scenes that portray an isolated, almost spiritual moment - a sense of ascension away from everyday reality into a more fluid, free flowing exquisite manifestation of energy. How can I communicate the abstract desires of the soul through a very DIY approach, using what I have access to around me, and in a way that is relevant to society today and is visually refreshing, compelling and original? I like to stimulate and captivate, and work with a strong and recognisable personal aesthetic that has developed over my years of practice as an artist, my involvement with music, following my heart and trying to make sense of my place in the world or the universe.

My personal work rarely has a set narrative, but instead tries to express a more direct and powerful truth in the experience of being alive. The scale of my work could be that of a nebula or galaxy, or as tiny as a cell or atom. I like to work in an approach that stems from collage - picking out the best, most indulgent colours, surfaces and textures that I find around me, and restructuring it into something otherworldly, incredible and beautiful. I often draw inspiration from lush environments and natural phenomena. The formation of plants in nature, the movement of water or fire. Familiar yet hypnotic rhythms. I often feel like a painter, wanting to create a picture, but instead I am using the 3D, digital space within the computer screen. This has enabled me to include both flat/2D surfaces such as photographs, or videos as textures, with more three-dimensional, sculptural forms, 3D scans of objects made using just my phone, as well as movement in the form of animation, light, colour, and anything else that inspires me visually. I want to really push this explosion of diverse inclusion in my work, and also work on the process of ‘re-entry’ into the world - from the shimmering movement of light that comes from video projection, or the glow of an LCD screen - to creating a printed image of a video still that is a more solidified, physical object - now part of the material world once again.”

Unique Tour
Thank you! Your request has been received and a member of our team will connect with you on the email provided.
Oops! Something went wrong while submitting the form.
Rachel Noble
is presented by