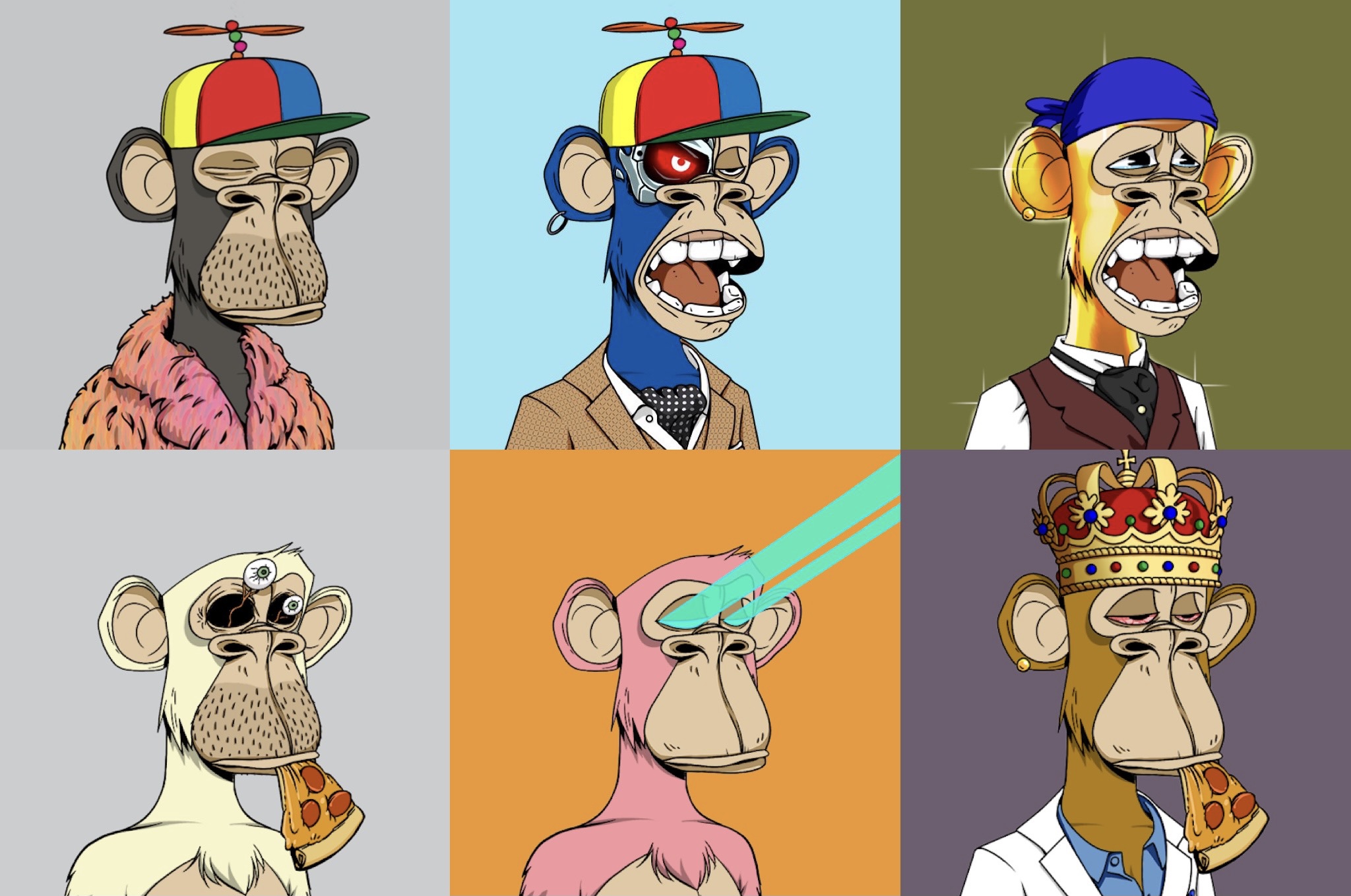 Blink and you’ll miss it. That’s often what trying to keep up with the latest trends and crazes in the NFT world can feel like. Waking up each day to a new hashtag and seeing your timeline consumed by a sudden trend seemingly emerging from nowhere can often be exhausting.Yet it is one of the aspects that makes the developing world of NFTs so fresh and exciting. Over this weekend, something new exploded onto the scene in staggering fashion. BAYC Apes, that’s Bored Ape Yacht Club to those of you not yet in the know, is a set of 10,000 unique collectible avatars of, you guessed it, apes.

These avatars, that live on the Ethereum blockchain, all feature different attributes and styles. Their fun, cartoonish aesthetic is reminiscent of the work of Jamie Hewlett for the Gorillaz, and each ape has differing levels of rarity depending on its attributes. What is remarkable about these NFTs is that they were all originally listed for 0.08 ETH, with the company believing in fair distribution. Selling out in under 12 hours, they are now being traded on the secondary market on OpenSea for soaring prices.

So glad I snagged 33 Bored Apes @BoredApeYC before they were gone!

Through Twitter, the demand for ownership rocketed, with celebrities and big players in the NFT space quickly jumping on board, snagging some of the original 10,000 and changing their Twitter avatars to their favourite apes in the collection. Figures such as DJ 3LAU, who got his hands on 33 of the original sales, digital artist Slimesunday, and NFT collectors such as 888, all leapt on the craze early, sending the twittersphere into a frenzy. This began trends of users sharing and customizing their favourite apes and changing their avatars, much like with Cryptopunks, until the apes had conquered the timeline.

As of the 3rd of May, the 10,000 apes are spread across 2220 owners and the average price is currently at 0.8686 ETH on Opensea, with some of the most in demand avatars even selling at over 10 ETH. In fact, just today Bored Apes overtook the whole of Rarible in terms of volume traded over 7 days, and the project is only in its infancy. Much like the infamous Cryptopunks, the scarcity and eye-catching personability of these pieces alongside the merging of art and collectibles made them an instant success. Yet with BAYC, the NFT doubles as a membership card to the ‘Club’, which provides benefits to members only. The first benefit to be introduced is ‘THE BATHROOM’: a collaborative graffiti wall that mimics the chaotic mass of doodles you might find on a nightclub bathroom stall, where members can paint 1 pixel every 15 minutes.

This allows the community to collaborate in a cool, new exciting way and BAYC has advertised that there are further perks for members to come through community activation of their roadmap. These include exclusive merch and the ‘Mutant Ape Arcade Machine’, a tool which will allow NFT breeding, becoming usable for members soon.

Therefore, these apes are not just a cool collectible that can be traded but a door into an exciting online community that will continue to grow. It is clear that Bored Apes is not just a fad, but the new set of art collectibles on the block that the NFT community has gone bananas for.