The concept of identity lies at the very heart of many discussions around digital technology and its socio-cultural implications. It brings with it many questions and, at the same time, seems to be an elusive topic as it is perhaps by nature extensive and often based on speculation. However, since the onset of the first instant messaging platforms, the possibility to build and mould one’s own identity online occurs as an immediate necessity or simply as the most inherent property embedded in such tools. This tendency has grown exponentially within today’s social media environment. There, we present and express ourselves in a never-ending metamorphosis by deciding what to show and disguise.
‍
Identity is constantly renegotiated before the screen, shaped according to the intricate dynamics of virtual relationships and continuously subject to rampant trends unfolding on the web. The Internet is where multiple parallel realities intertwine and where, consequently, our self-definition acquires an increased fluidity.
‍
The potentiality of this condition might turn out to be even misleading. At times it makes us ask whether on the other end of the wire, communicating with us, is a human or a bot. Also, while opening new accounts or creating avatars, we interact with non-human entities - software or artificial intelligence-based systems - asking about personal details to set up our profiles. Therefore, the identities born from both man-machine and human-human interactions give birth to subjects scattered in the net and whose essence appears fragmented, hybrid, liquid, and multilayered.

Hito Steyerl, prominent thinker, artist and filmmaker in the field of new media criticism, in a recent essay entitled Cut! Reproduction and Recombination, talks about the mechanism of post-production. This concept is borrowed from the cinematographic domain, where it indicates the actions of cutting, editing and mixing taking place during a film montage. Steyerl argues that now the impact of this process moves far beyond the cinematic media itself. With the pervasive advent of digital technologies, it became part of our everyday lives as the way we inhabit and interpret the world.

In other words, nowadays, we are accustomed to experiencing the world by using content that is already existing and equipped with meaning. So we do not create from raw materials, but instead, we recombine what is circulating out there in different ways. This scheme is particularly evident if we think about the actions we perform daily on the web - from the simple copy-paste to the use of Instagram filters, from the juxtaposition of our online searches to hyperlinking within a text.

Post-production is potentially endless; by absorbing its procedures, we are enabled to modify, multiply, repeat, recycle, displace and renew what reality provides us, assembling the disjointed present we live in.

In this respect, one could say that our identities also undergo a post-production process. And although this might not be completely unrelated to what happens in the IRL, it is more evident online, making once again the boundaries between the two dimensions fuzzy. In their transforming, adapting, rebelling and appearing, our identities seem to result from the editing of our personal film. And it is up to us to reconstruct our narratives and patterns despite the external social, political, economic and cultural influences.

The invitation emerging in Steyerl’s words is not to avoid or deny this state of fluidity and ostensible instability but instead consciously benefit from it, giving life to re-edited forms of reality. Such a perspective might suggest redirecting our understanding of the virtual world from a disorienting perception impregnated with volatility to an alternative vision, where the enhancement of our identity is made possible through a dynamic of sharing, exchanging, morphing and altering. Such an approach might bring us into unexplored territory where disparate bonding combinations across and beyond the wires flourish. Or a landscape in which affective alliances are redistributed and new relationality is activated by navigating an unknown zone of synergic regeneration where risk fuels change.

In our iridescent time brightened by moving displays, electrical discharges and exposed intimacy, the value of discourse around identity could, therefore, reside in the happening of ever-diverse junctions. 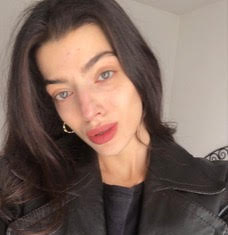