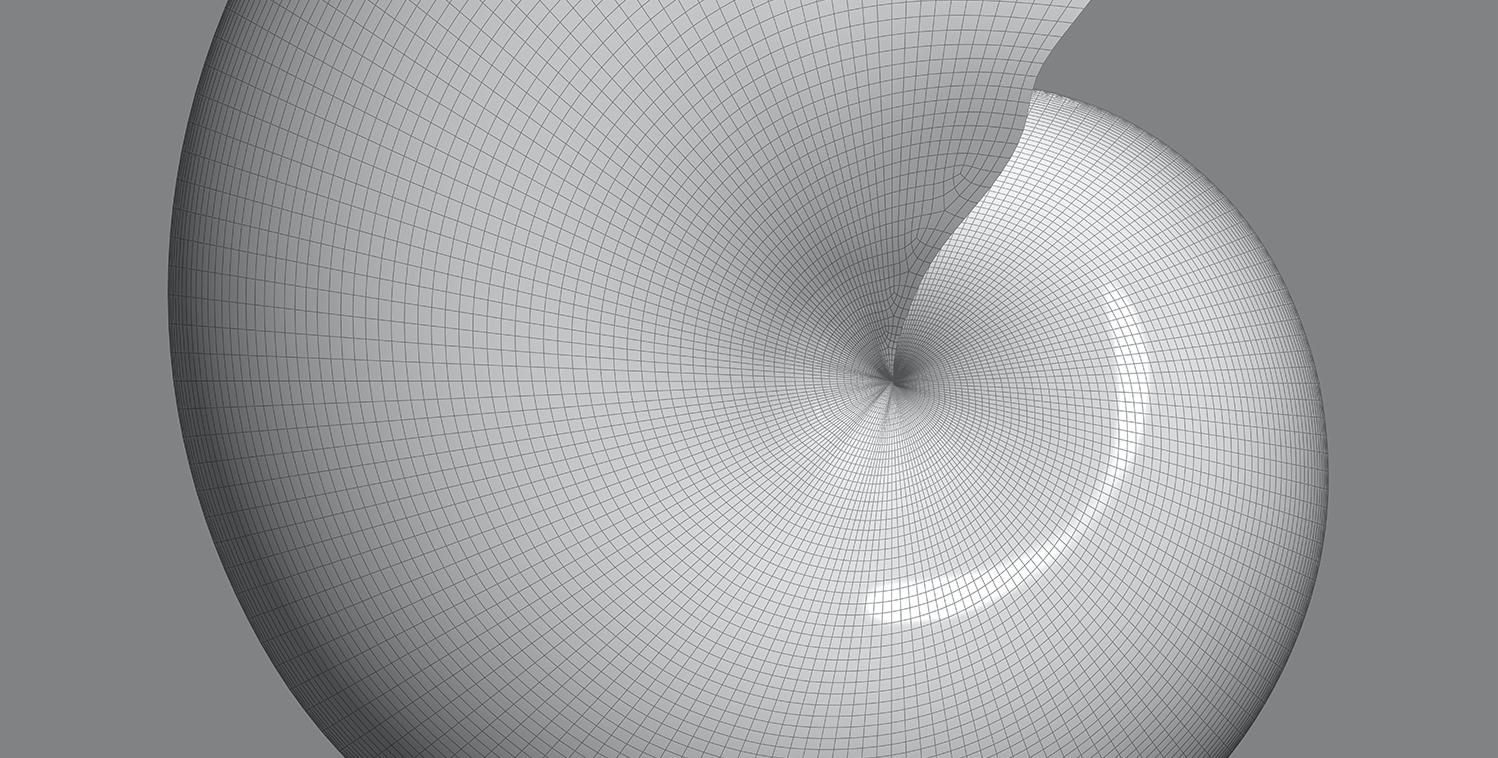 Artist Angela Eames has always used the act of drawing as a way to connect to the physical world. While at a young age Eames found herself using sticks to draw in the sand, tracing her fingers across fogged windows, and employing mud, perhaps as a proxy for paint, she was later to trade-in those raw tools for graphite pencil and paper, conjuring up highly detailed drawings like an early work, OPUS.

Producing her earlier analog drawings, though, was no easy feat. To analyse the stratum of actual forms and textures as revealed in pieces like OPUS, Eames spent unremitting days bent over a table, guiding her graphite pencil over paper to layer one ellipse on top of another. Seeking a better solution for this laborious process, Eames discovered the power of digital tools with one of the very first computers - the Amiga 500! Angela describes how that newfound use for technology not only enhanced her practice, but enabled her to add even greater depth to it:

‍Opus demonstrates how, in my case, it was the very practice of drawing which designated that I use a computer, although it was several years before I realised that my systematic approach to drawing encompassed manual equivalents of computing transformations; cut and paste, wrapping, scale and stretch. This peculiar empathy with machines, engendered I suspect by my mode of working, led me to ask myself whether a computer might be able to extend what I was trying to do. I, as a human computer could go so far, but maybe the genuine article could take my strategies as far as they could go.

From her very first experience with a computer in 1985, Eames has been working in the realm of digital creation ever since. Guided by “everyday reflections, observations, visual inklings, verbal discussions, even frustration,” Eames is particularly interested in scrutinizing and understanding the materiality of objects, like a ceramic mug, a cucumber, or even a nautilus shell, the inspiration for her most recent series.

The Nautilus Series and Reflecting on the Current Condition

Reflecting on the current circumstances around Covid-19, Eames more recently drew her focus to the nautilus shell as a subject. Because nautilus shells have existed for millions of years with relatively little change in shape, anatomy, and function, the shell for Eames prompts questions around survival and durability. She explains; “I think it had something to do with the notion of security and endurance, a creature living out its lifetime within its space/place, contained in a shell.” The titles of the works in her Nautilus series - Home Sweet Home, Pod, Seclusion, Solitude and Barely There - to name a few, encapsulate what we are more keenly aware of as our lives are shaped daily by the pandemic. With their calm gray and white or black tonality, highly representational nature, and almost clinical sharpness, the shells, suspended in the space of their frame, at once offer a sort of calming oasis at the same time as they express a certain feeling of singularity and perhaps even isolation. Her Nautilus series is certainly no exception to the artist's lifelong inquiry into the “positioning of self in relation to time.”

On Being a “Digital” Artist

Notwithstanding Eames’ use of digital tools like 3D Studio Max and Photoshop, she sees no distinction between a digital artist and one who works with conventional materials. Rather, she emphasizes not the means of production, but what an art object may convey about its past, current, and future contexts. Eames puts it best herself: “The placing and erasing or embedding and changing of marks or moments of actuality can give form to new visual possibilities, allowing the imagination to project beyond two, three and four dimensions. Visual thought has led us to the electronic realm, which continues to discharge us with responsibility and solicit our attention. Drawing as visual thinking, unconstrained by means or method, remains vital in developing human awareness of reality in a synthesis of natural and artificial and so I keep prodding and probing…”

You can view HOME SWEET HOME, BRANCUSI 2020, and BARELY THERE #1, from Angela Eames’ Nautilus series here.