Sophie Rogers is based in London and has exhibited at the Stanley Picker Gallery, Barbican Centre, Tate Modern Switch House and participated in Masterclass 2017 hosted by the Zabludowicz Collection. Sophie has also undertaken commissions for Mansions of the Future, Boiler Room and Art Night London. 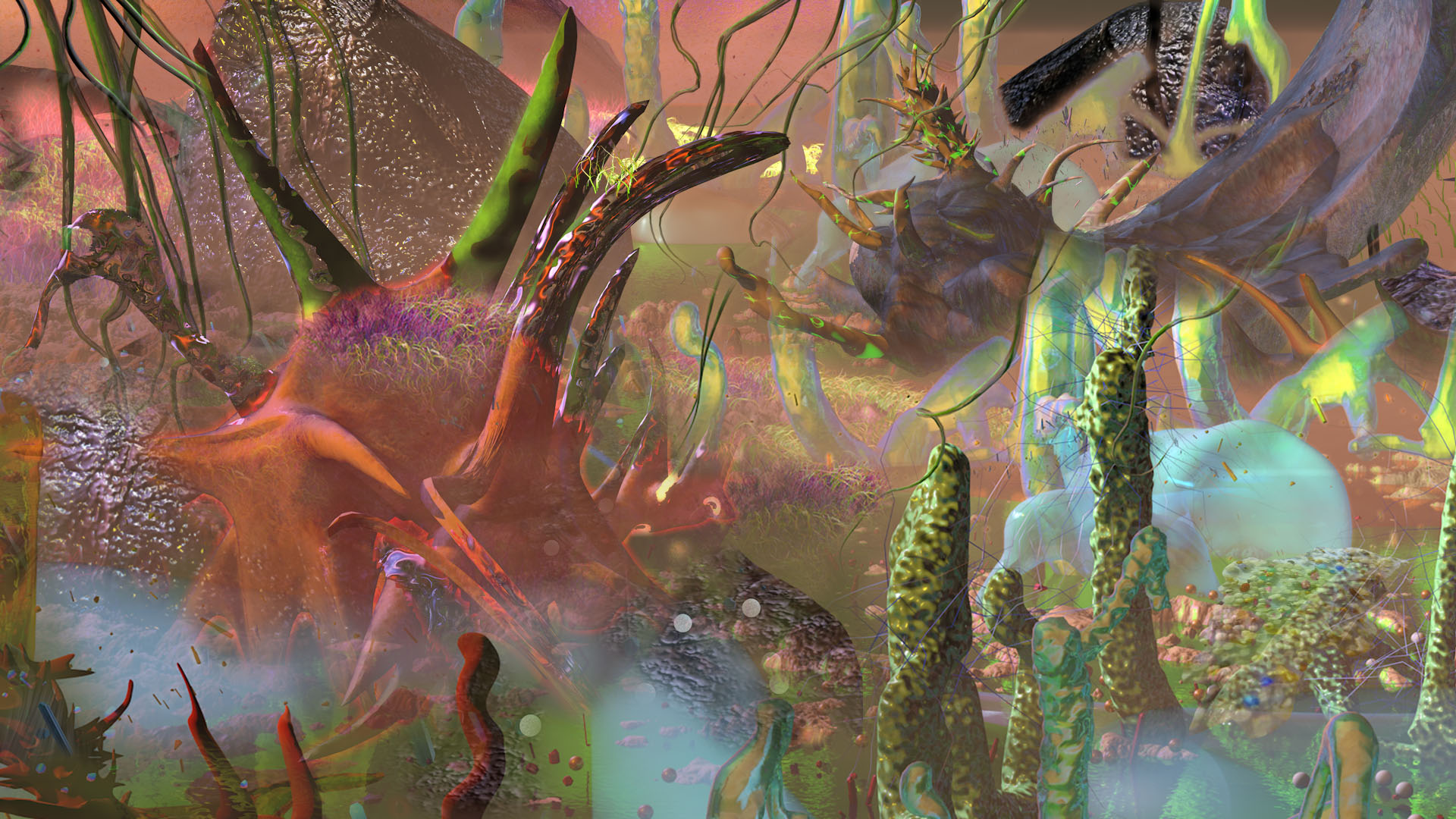 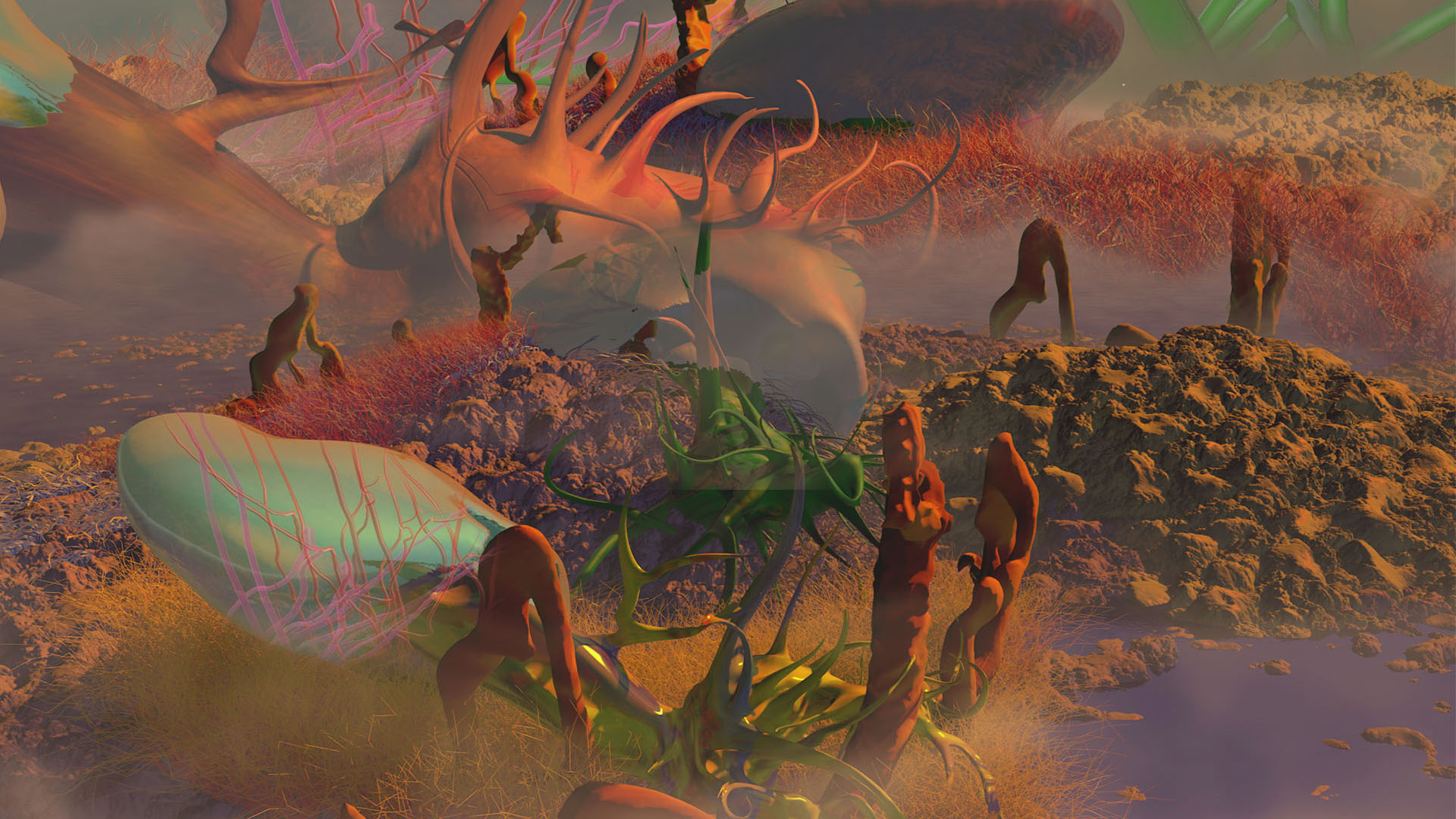 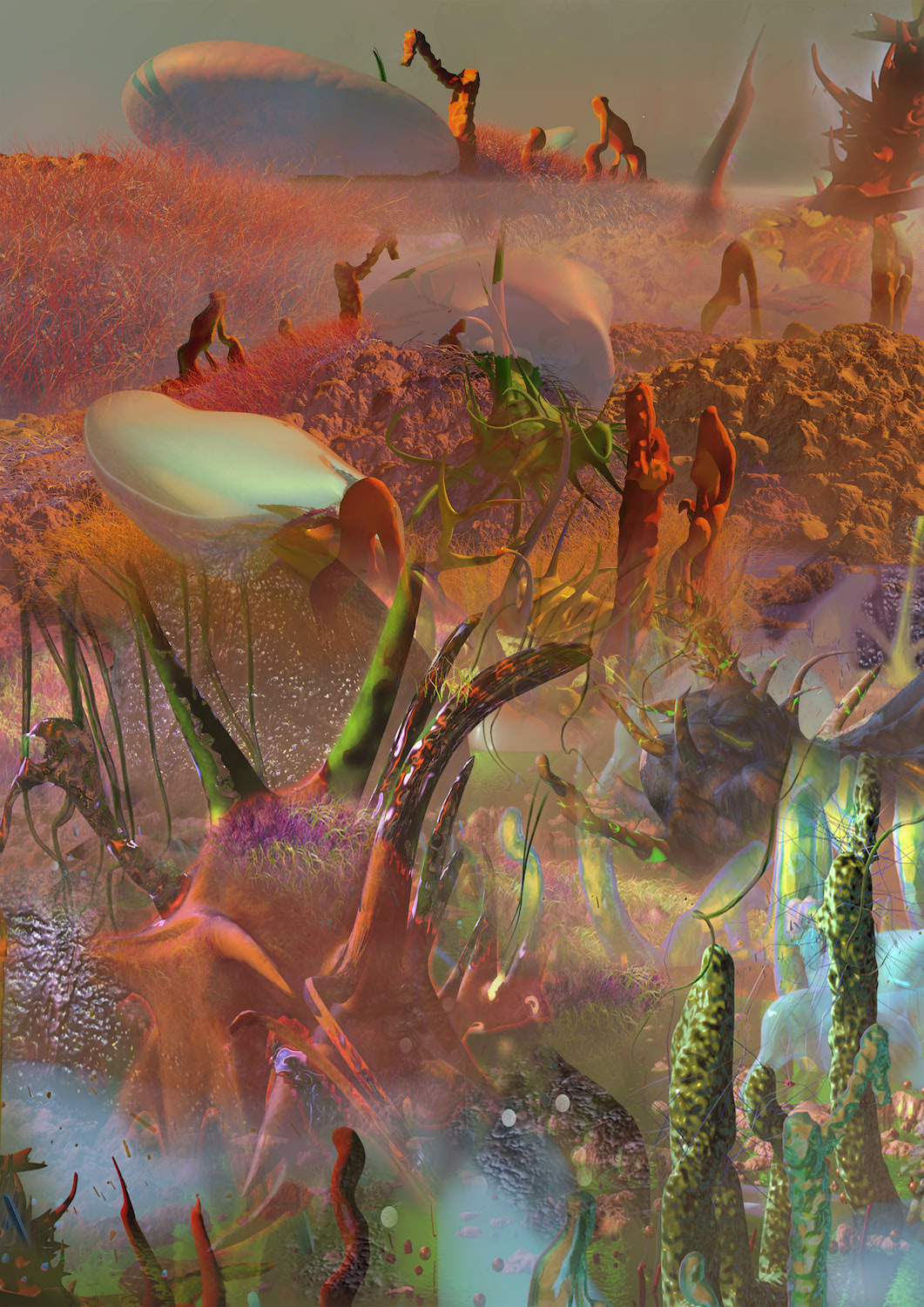 Science Fiction and fantasy greatly influence my work, in particular, when considering worlding and worldbuilding. I use digital software including Cinema 4D to create simulations of imagined places and human and world entanglement.

Donna Haraway writes that: “SF is storytelling and fact telling, it is the patterning of possible worlds and possible times, material-semiotic worlds, gone, here and yet to come.” Haraway’s articulation of worlding and writing around entanglement ties together the key elements of my practice. I am interested in the ways in which the entanglement is visible, through mushrooms decomposing radioactive waste, footage of sharks eating internet cables that lay under the sea to the wealth of marine life that now grows on the temporary oil rigs off the coast of Santa Barbara. When looking at this messy, confusing entwinement, it evokes ideas of hybrid creatures and fictional ecosystems that would inhabit this in-between space. My recent work has combined simulations of alternate realities with influences from writers such as Anna Tsing, Ursula Le Guin and Marina Warner

Since graduating from Kingston University in 2014, I have exhibited at spaces such as The Barbican Centre, David Dale Gallery and at the opening of the Switch House, Tate Modern. In 2017 I participated in Masterclass, hosted by the Zabludowicz Collection. I have been commissioned by Hervisions, Art Night, Boiler Room, and most recently, Mansions of the Future based in Lincoln.

Unique Tour
Thank you! Your request has been received and a member of our team will connect with you on the email provided.
Oops! Something went wrong while submitting the form.
Sophie Rogers
is presented by 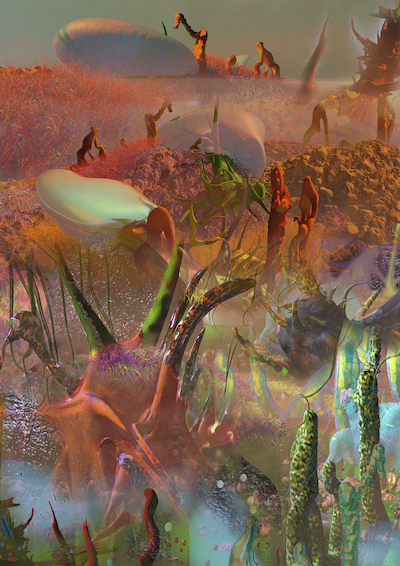