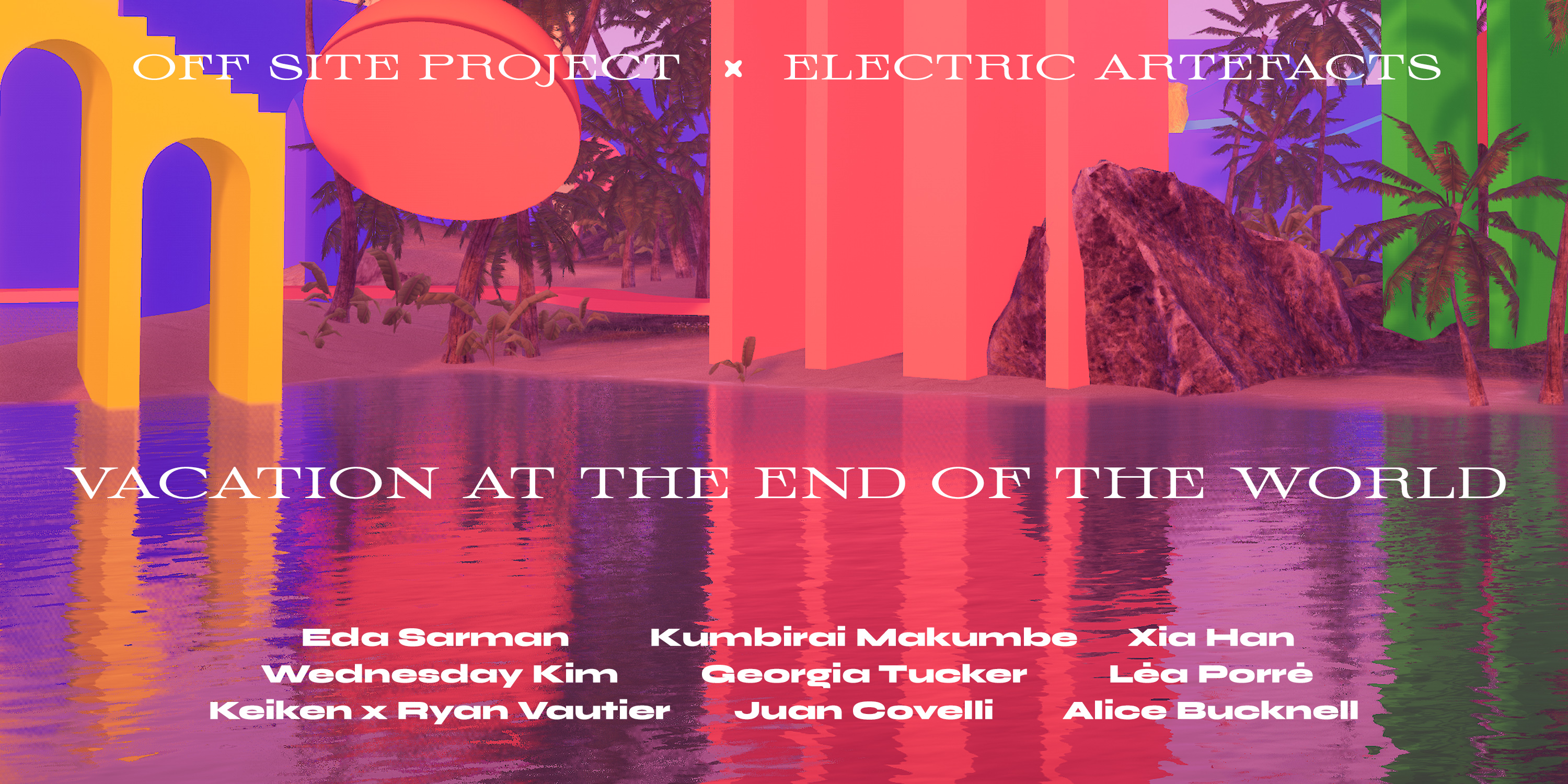 Off Site Project and Electric Artefacts present a collection that brings together nine artists whose practices imagine new worlds and alternative futures in the face of environment decay and the rise of corporate dominance.

An intense orange sunset infuses the air, spreading from the horizon into the particle matter floating in front our your face, suffusing your skin, inhaled up your nostrils. A colour palette once preserve of the holiday industry now evokes the dread of distant fires, metric tones of carbon released into the atmosphere and the possibility that tomorrow the sunset will have eclipsed the hills, engulfing your community.

Contrary forces hold human opinion in a fine balance, a status of inoperability. Warning signs have developed into literal warnings, sirens, bullhorns and first responders clearing houses, whilst economic imperatives and an ingrained belief in perpetual growth force a continuation of twentieth century capitalist logics. Fattened on Hollywood’s dramatised total wipeouts and a Freudian death-drive, we walk hand-in-hand into a more mundane slow apocalypse waiting for a catastrophe more fitting the Sublime.

Against a backdrop of drop fed climate collapse and global pandemic, RyanAir slash prices and escapism takes on a perverse new subtext. Luxury and luxuriating on a beach are no longer breaks from the nine-to-five, they are an escape from the ecological ruin of late-stage-capitalism, an opportunity to buy yourself temporary peace of mind, to turn off the news and no longer monitor the R number. To indulge in a little salvage economics of your own. Because when in Rome do as the Romans do, and we all know their final days were ones of excess.