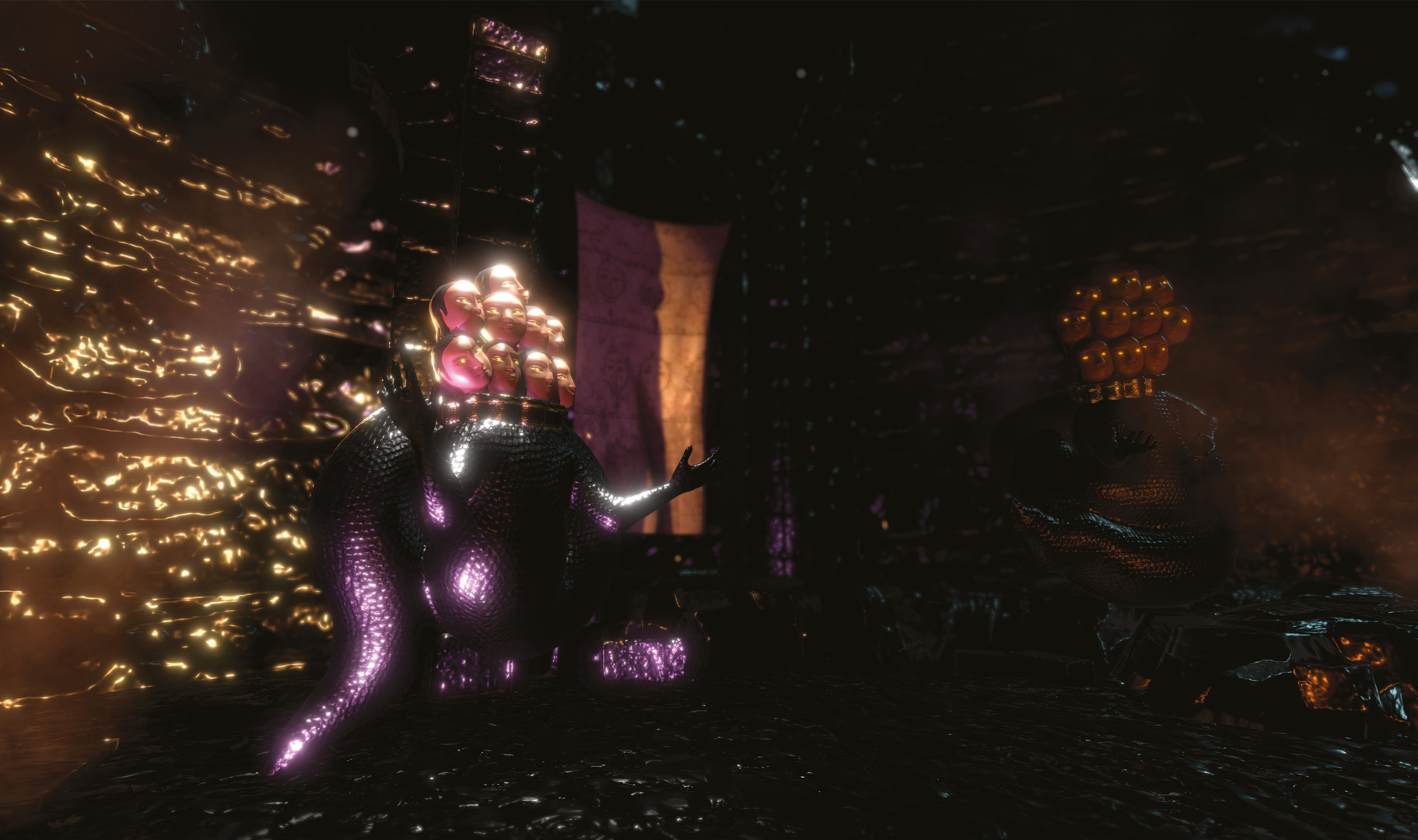 New Talismans explores the experience and embodiment of computer witchcraft in the post-internet age. Each artist uses digital technologies as magic tools to create their immersive environments. Ancient genies are awakened with 3D scans, magick circles in abandoned casinos are opened, an orchestral and surreal landscape opens into infinity , and disembodied voices recite poetry deep in an ancient forest.

Morehshin Allahyari is an Iranian artist, activist, and educator who works between New York and Tehran. Her modeled, 3D-printed sculptural reconstructions of ancient artifacts destroyed by ISIS, titled Material Speculation: ISIS, have received widespread curatorial and press attention and have been exhibited worldwide.

Vicki Dang is a 3D visual artist and animator based in Ho Chi Minh city, Vietnam, who is interested in using 3D animations and modeling with cinematic styles to create her own narratives of the world we are living in. Through the use of various new media tools, her work looks into our culture, identity, the post-human and our relationship with technology.

Paul Hertz is an independent artist and curator based in Chicago. He has worked with computers for over thirty years and is a Siggraph Computer Graphics Pioneer. He taught art history and studio courses in new media at the School of the Art Institute of Chicago and developed the first course in VR for artists at Northwestern University.

Rindon Johnson is a multidisciplinary artist and writer who works between New York and Berlin. Moving between Virtual Reality and sculpture, Johnson has exhibited and has been read widely in Europe and the US. He is the author of Nobody Sleeps better than White People.

Shane Mecklenburger a NYC based intermedia artist who works with new media, sculpture and performance. His projects interrogate systems of value, simulation and conflict, often in collaboration with diverse fields of practice, which have included video games, chemistry, astrophysics, private industries and spell casting.