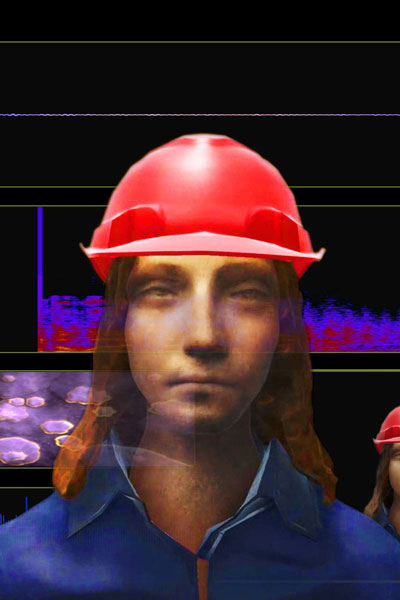 Hito Steyerl. I will survive

The Centre Pompidou and the K21 Düsseldorf are collaborating on a shared exhibition, the first of its size to be devoted to Hito Steyerl in France and in Germany. A retrospective selection of the artist's major pieces is articulated around a new production and accompanied by two publications.

Through her view, Hito Steyerl's project comes to grips with one of today's essential issues in terms of the changes encountered by museums. Its point of departure is the architecture of the Centre Pompidou: a transparent and functional layout inaugurated more than forty years ago to sustain the heritage missions of the museum with the democratic project of a cultural resource centre that is open to all.

With her unique language combining satire and criticism, the work of German artist Hito Steyerl has acquired considerable international recognition in recent years. Resulting from a very personal view of documentary film, this work has developed since the beginning of the 2010s in the form of immersive videos and multimedia installations, combined with a spirit of research and experimentation. Although Hito Steyerl uses the latest technologies, it is in order to question their power to influence the public and her capacity to refashion in a subterranean manner that which passes for "real".