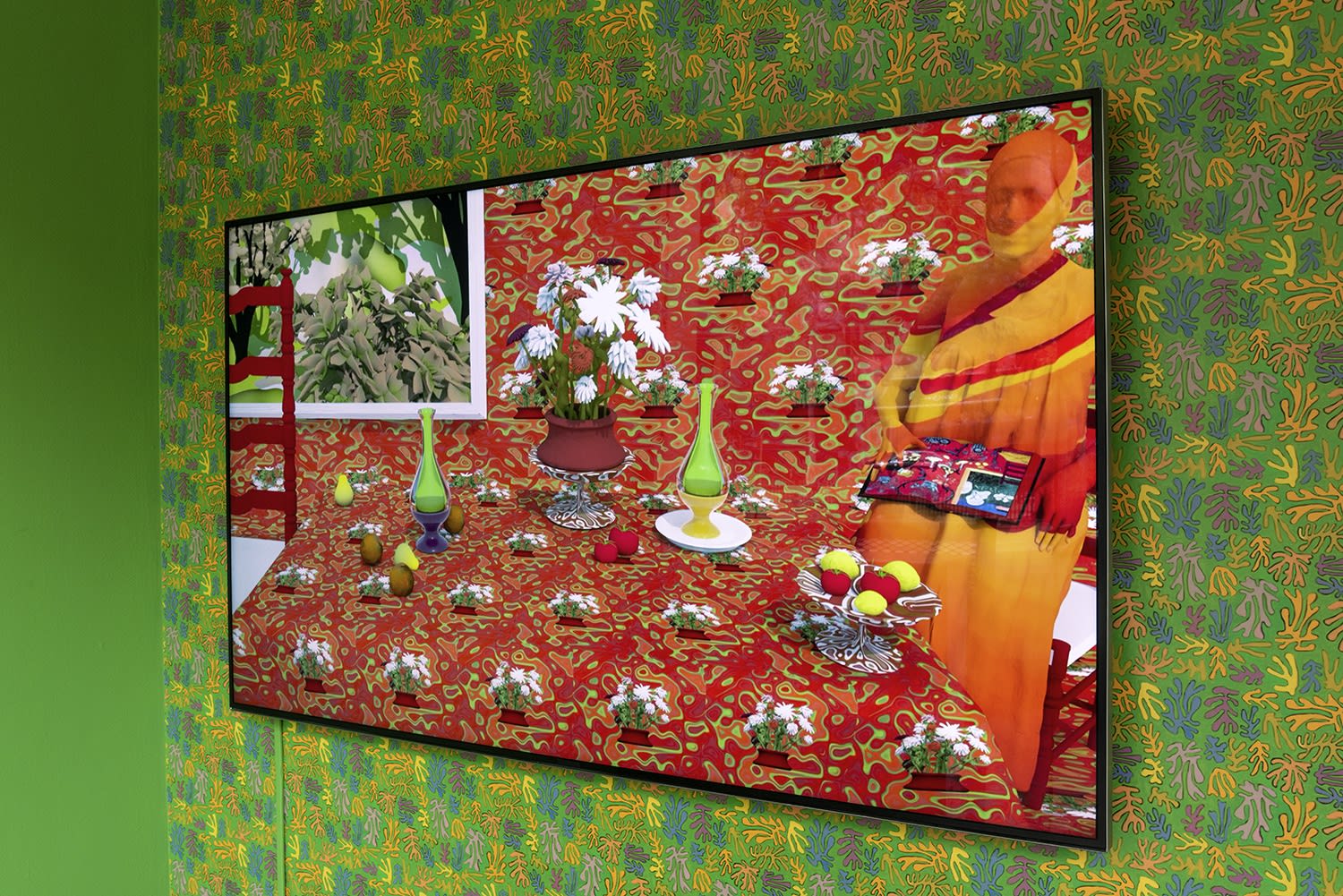 Gazelli Art House welcomes Claudia Hart to ‘takeover’ the Dover Street gallery’s new lower ground exhibition space with her artwork The Ruins; launching on 3rd December for its London premiere. The physical exhibition will be installed until 17th January, alongside an extended viewing of a digitized version which is sited in a two-story scale model of Gazelli Art House, London; a parallel universe created by Hart in MozillaHubs. Although the Mozilla Hubs work should be considered an extension of the bricks and mortar exhibition on Dover Street it is in fact an autonomous piece entitled ‘An Imaginary Ruin’ by the artist in a nod to the visionary prisons of the 18th century Italian architect and archeologist Giovanni Piranesi.

The Ruins implements still lifes, the classical form of a memento mori, to contemplate the decay of Western civilisation. In this exhibition, Hart revises the canons of modernist painting and the manifestos of failed utopias. Exhibited works are meditations on the flow of history, expressed as a cycle of decay and regeneration. The Ruins is an antidote to a world in crisis, navigating from a Eurocentric paradigm of fixed photographic capture into a reality of malleable and inherently unstable computer simulations and systemic collapse.

The Ruins, the central artwork from which the exhibition gains its title, is an audiovisual animation tracking through a claustrophobic game world from which there is no escape. As the three-channel maze unravels, Hart introduces her newest interpretation of still lifes—low-resolution polygon models. These models, hearkening to the idea of a poor copy or image popularised by Hito Steryl, are computer-made replications of copyright-protected paintings. Taken from works by Matisse and Picasso, patriarchs of the Modernist canon, these forms cover The Ruins in flirtatious copyright infringement. Copyright marks the beginning ofModernism as a response to the emerging technology of photography. Music composed by Edmund Campion furthers the ethos of modernism through the tactical mixing of failed Utopian ideologies: Thomas JeffersonOn American Liberty; The Bauhaus Manifesto by Walter Gropius; Fordlandia, Henry Ford’s failed suburban rubber plantation in the Amazon rainforest; and Jim Jones’s sermon, The Open Door. Campion has processed and mixed each recording read by the artist, using Hart’s voice as an instrument that serves as the soundtrack to both the animation and the exhibition itself.