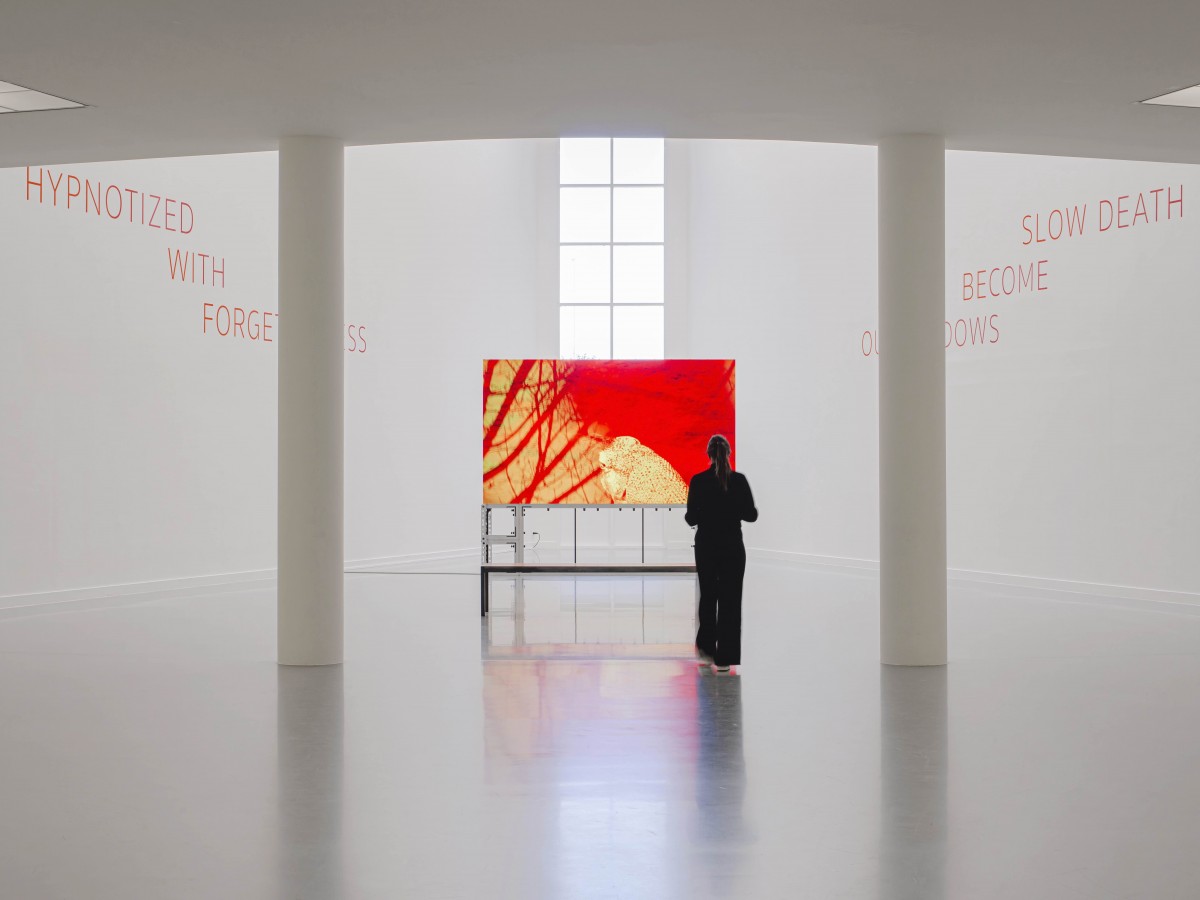 Basim Magdy - Asleep in Another Dimension

Basim Magdy’s multi-faceted practice – spanning video, painting, photography and text – brings to light a hallucinogenic and satirical universe, where notions of past, present and future float within the same realm. His depictions of dreamlike scenarios propose alternative realities, often reflecting on the presence of dogma and authoritarianism. With these rather colourful otherworldly situations, Magdy’s body of work mirrors events and advancements in our own world — whether diplomatic, civic, technological or ritualistic. Neither utopian nor dystopian, and somehow occupying a more ambiguous domain, the images tell us about the literal inability of the human psyche to offer new paths into the future, rather repeating the same ideas and mistakes, over and over, in a banal yet violent cycle of action and defeat.

His solo exhibition at M HKA, titled Asleep in Another Dimension, considers human behaviour, in particular of individuals, but also within societies as perceived from the outside looking in. The configuration of works comprises Magdy’s recent film New Acid (2019) as the central component, together with two wall texts and a selection of new and recent paintings which provide extensions to the ideas of the film. Animals depicted in New Acid engage in an abstract dialogue, asking questions, contemplating their existence and human behaviour, as well as more intrinsic questions about the human constructs of racism, nationalism and tradition. These potent forces are central points of attention for Magdy in this exhibition, as we encounter a cast that display characteristics of fragility and disillusion.